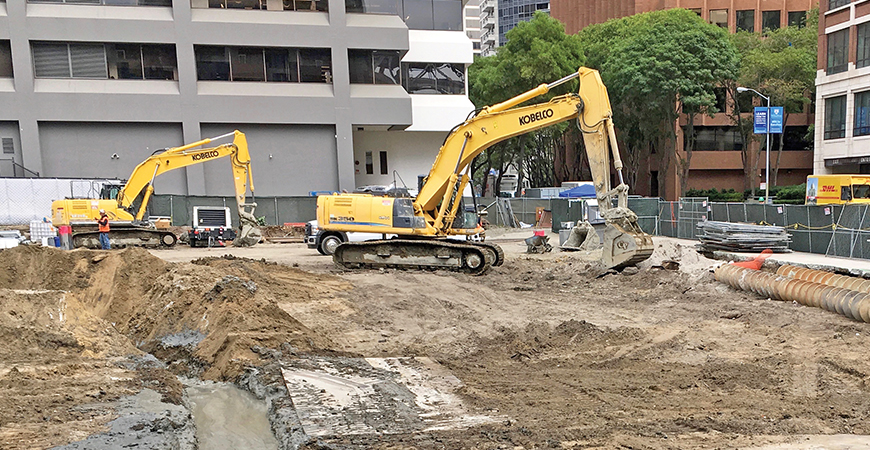 Ullico recently invested more than $200 million into financing 160 Folsom, which is expected to be completed in 2019. - Photo by Jacob Bourne

J for Jobs’ stipulates use of all-union labor 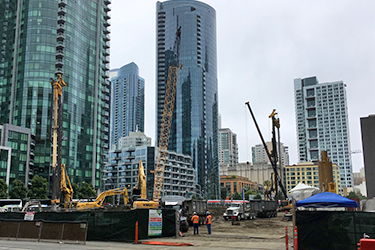 160 Folsom is targeting LEED Gold certification and will offer a variety of for-sale residences, over a third of which will be priced below market rate.

Union member insurance provider and investor Ullico recently invested a total of $206.5 million into financing construction for the Folsom Bay Tower located at 160 Folsom Street. The investment is in the form of a participation loan, of which $90 million of the total has been participated to other lenders. The cost of construction is estimated at over $195 million according to City records, and the considerable investment was made through Ullico’s “J for Jobs” account with the stipulation that all construction activities use union labor. The project’s developer, Tishman Speyer, is working with general contractor Lendlease to construct the 400 foot tall tower and received building permit approval this past April.

“This project means putting more pension dollars back to work and creating more jobs to strengthen the local economy, which the J for Jobs program has been doing since 1977. It also enhances the property value of real estate,” said Herb Kolben, Ullico senior vice president. “We became interested in this project because we have a good relationship with Tishman Speyer and they have a long track record with us.”

The project is near the Bay Bridge in San Francisco’s South of Market neighborhood. It was approved by the Board of Supervisors last year, including a 100-foot height increase to accommodate an additional 73 housing units. The full build out will deliver a 480,000 square foot, 40-story tower with 391 condos and just over 10,000 square feet of retail. An underground parking garage will provide 340 parking spaces and 150 bicycle spots. Designed by Jeanne Gang of Studio Gang Architects, the tower will surely prove to be a Downtown icon with its bright, glass-dominated facade spiraling to the formidable height. According to a description from Studio Gang, the project is targeting LEED Gold certification and will offer a variety of for-sale residences, over a third of which will be priced below market rate.

“Construction has begun on 160 Folsom,” said Sandy Reek, project manager, Tishman Speyer. “Excavation for the foundation and shoring has started. The general contractor is Lendlease and we’re working on digging a big hole for three levels of underground parking. It will take several weeks before we go vertical. The target for project completion is in late 2019.”

A key aspect of the Folsom Bay Tower is its key location adjacent to the Transbay Transit Center that’s currently under construction. The planned transit-oriented neighborhood will provide residents of the project with access to BART, MUNI and the future High Speed Rail system. The first phase of the Transbay Transit Center is expected to be completed by the end of this year.

“We like San Francisco – it’s a good strong union area and we’re proud to be a part of it,” added Kolben. “We’re a union-owned company and our mission on the investment side is to generate prudent, stable returns to investors; the impact is creation of all-union construction jobs. We have been a longtime lender in the Bay Area. San Francisco has been a good match for us over the years.”