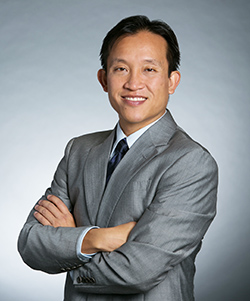 Delegates to the SFBCTC voted to endorse Supervisor David Chiu for Assembly District 17 in the 2014 election. Chiu was part of the young and ‘progressive’ group of Supervisors elected in 2008 that includes Eric Mar, John Avalos and David Campos.

Chiu was endorsed by the SFBCTC in 2012 and re-elected. His only announced opponent so far is Supervisor Campos. While neither will be termed-out until 2016, they both are running to succeed Assemblymember Tom Ammiano, who will be termed-out this year. Ammiano was elected and re-elected with about 85 percent of the vote in the District where 55 percent of voters are registered Democrats and 37 percent are independent.

Prior to serving as Supervisor, Chiu served as a criminal prosecutor at the San Francisco District Attorney’s Office and as a civil rights attorney with the Lawyers’ Committee for Civil Rights. In 1999, he founded the public affairs technology company Grassroots Enterprise, where he served as Chief Operating Officer until 2008.

Tell us about your record of delivering for the working men and women of the building trades.
When I ran in 2008 for the San Francisco Board of Supervisors, our City Hall was not as functional as it could be, and I committed to change city government to work better for all San Franciscans, particularly for working families. Over the past five years as the President of the San Francisco Board of Supervisors, I’m proud of the progress we have made in changing the tone at City Hall and effectively delivering results.

As we have recovered from the Great Recession, it has been among my very top priorities to create more jobs and build more housing. I worked with labor to craft the agreement and cast the decisive vote that allowed the Hunters Point Shipyard redevelopment project to move forward; in addition to revitalizing San Francisco’s Southeast neighborhoods by creating more than 10,000 permanent jobs to build 10,500 housing units, I fought to ensure that the developer provided over tens of million of dollars for affordable housing and on-the-job workforce training. We are also creating tens of thousands of housing units and jobs with the approval of the Park Merced and Treasure Island projects, among many other projects that are in the housing pipeline.

I’m proud of the work we’ve done together to invest in our city’s infrastructure. In my second year in office, I spearheaded the Earthquake Safety and Emergency Response bond, to rebuild neighborhood fire stations, upgrade the emergency firefighting water system, and construct our City’s new Public Safety Building. I’ve championed the Central Subway, which will create an underground subway to connect San Francisco’s northeast neighborhoods. On our waterfront, I sponsored the legislation to build our new Cruise Ship Terminal and Exploratorium. These projects are building a 21st century San Francisco and creating jobs at the same time.

If elected to the Assembly, what will be your priorities to help working families and the women and men of our building trades?
I look forward to continuing to prioritize creating jobs, building housing, and investing in our city’s infrastructure and public transit. To do that, we must create opportunities and improve conditions for the working women and men of labor. First, we need to invest in key industries that will create opportunities for workers that are still challenged in our current economy, such as manufacturing and construction. Second, we need to ensure career pathways for all Californians by providing greater resources for workforce development in California’s schools and colleges, strengthening connections between our schools and our companies, and improving our state’s workforce development services. Third, we need to protect workers from abuse, by connecting workers with information about their rights and benefits, and ensuring a well-functioning Division of Labor Standards Enforcement.

What are your thoughts on union apprenticeship programs?
Union apprenticeship programs are the most effective means of training our future construction workforce for success. Training workers to be prepared for higher-end and self-sufficient jobs is critical for ensuring that California’s workforce is competitive for our state’s future. Prior to my time in public office, I served on the board of a nonprofit that worked to build English as a Second Language programs in the construction field. As President of the Board of Supervisors, I have witnessed how apprenticeship programs and construction skills development programs like CityBuild go a long way towards making sure our city’s workforce is prepared for the future. On-the-job training is vital to providing career pathways for the next generation of California’s workers and critical to the long-term interests of our state. As an Assemblymember, I will work hard to defend and expand our existing apprenticeships.

Do you support High Speed Rail?
I have been very supportive of the proposal to build High Speed Rail. The vision of connecting San Francisco to Los Angeles in 2½ hours, of fostering economic development between all cities in between, and reducing traffic congestion up and down California is very compelling. I also support the Transbay Transit Center Project as a transportation and housing project that will transform downtown San Francisco by creating a “Grand Central Station of the West,” establishing a modern transit hub connecting eight Bay Area counties and eleven regional transit systems. All that being said, as the most recent court ruling pointed out, we need to make sure the project is well-thought out, properly financed, and has a business plan for success.