Wiener Advances to Run Off 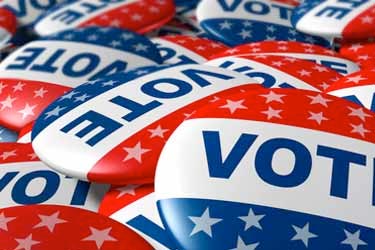 San Francisco Supervisor Scott Wiener was the top vote getter in the race for the State Senate on June 7, with 46 percent of the vote. Supervisor Jane Kim received 44 percent, and Republican Ken Loo 10 percent. Wiener and Kim will face off in the November General Election to succeed Senator Mark Leno, who is termed out. The district includes San Francisco and a section of northern San Mateo County. Wiener was endorsed by the San Francisco Building and Construction Trades Council in the primary.

At an election night event, Wiener told the media, “The results show what we have always known: I’m in a good position, but this is a competitive race. I look forward to that fight.”

The three San Francisco measures backed by the San Francisco Building and Construction Trades Council all passed easily, as did Measure AA for the nine Bay Area counties.

Proposition A, the Public Health and Safety Bond, won overwhelming support from San Francisco voters and passed 79 percent to 21 percent. The $350 million public safety bond will provide $272 million to fund seismic improvements and upgrades to fire safety systems at San Francisco General Hospital and renovate and expand the Southeast Health Center and other neighborhood health clinics, and $58 million to repair and modernize neighborhood fire stations. Another $20 million will fund construction and improvements to homeless shelters and homeless service sites that are inadequate and need repair.

Proposition B, the San Francisco Park Fund Charter Amendment, passed with a 60 percent yes vote. It amends the City Charter to extend the Park, Recreation and Open Space Fund until 2046 and give the Recreation and Park Department a minimum baseline amount from the General Fund each year.

Proposition E amends the City’s Paid Sick Leave Ordinance passed by voters in 2006 to parallel broader state law provisions. It will allow employees to use paid sick leave hours for the broader purposes authorized by state law. Prop E passed by a margin of 78 to 22 percent.

The Building Trades Council voted to remain neutral and take no position on propositions C and D.

Prop C passed with 67 percent of the vote. It amends the city charter to give the San Francisco Board of Supervisors the authority to change the existing percentage requirements through ordinances rather than charter amendments. It mandates more than doubling the proportion of below-market-rate housing units in projects with over 24 units from 12 to 25 percent until the Board of Supervisors acts to raise or lower it.

Prop D passed with 80 percent of the vote. It requires the Office of Citizen Complaints to investigate any incident occurring within the city in which a San Francisco police officer fires a gun killing or physically injuring someone.

Prop 50, the statewide measure that sets a procedure for the legislature to suspend a State Senator or Assembly member, passed with 75 percent of the vote statewide. San Francisco voters supported the measure by an 84 to 16 percent margin.

The San Francisco Building and Construction Trades Council endorsed 26 candidates for election to San Francisco’s Democratic County Central Committee (DCCC), the governing body of the local Democratic Party which plays an important role in November’s elections through its endorsements. Members are elected by Assembly District.

Preliminary results show that four of the 15 SFBCTC-endorsed candidates were elected to the DCCC for Assembly District 17, where 14 slots were available. Supervisors Scott Wiener, London Breed, and Malia Cohen will serve on the body, along with John Burton, former state Senator and current state democratic party chair. The other 10 candidates elected to the DCCC include members of the reform slate that includes progressive supervisors Jane Kim, David Campos and Aaron Peskin.

SFBCTC-backed candidate Joshua Arce, Community Liaison for Laborers Union Local 261, wrote to supporters that he was disappointed by the results. “We faced an enormous challenge from the get go, with big-name candidates stacking the decks against the community activists, who have worked so hard as DCCC members,” he wrote. He said the results strengthened his resolve to win the race for Supervisor, where he is endorsed by the Building Trades Council. “Change never comes without setbacks and San Francisco needs leaders that are going to work cooperatively to get things done,” Arce said. “That’s why I ran for DCCC and that’s why I will do everything I can to ensure we win in November.”

Results may change as mail-in ballots are counted after June 7.