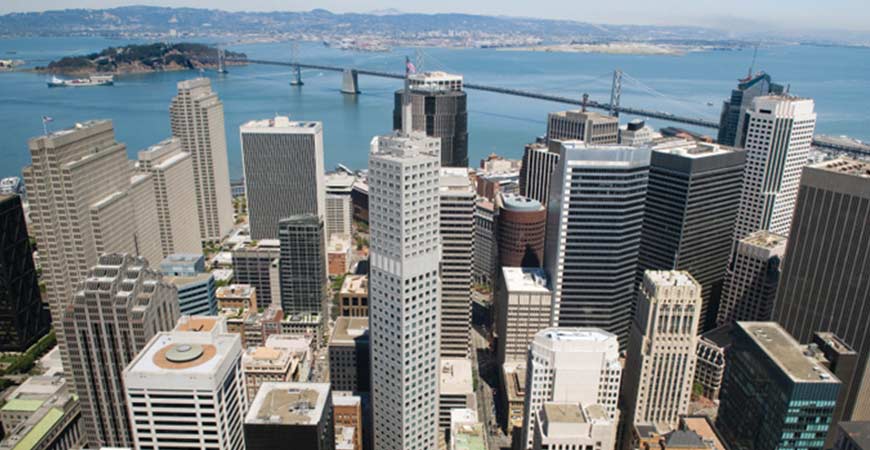 Mayor Lee pledged in 2012 “to construct 30,000 new and rehabilitated homes throughout the City by 2020, with at least one-third of those permanently affordable to low and moderate income families, and the majority of those within financial reach of working, middle income San Franciscans.” Approval of the Housing Trust Fund (Prop. C) in 2012 will invest $1.5 billion in affordable housing production and housing programs over the next 30 years.

The Planning Department’s 2015 fourth quarter “Development Pipeline Summary” listed 1,294 projects currently in the pipeline – those which have submitted applications to the Planning Department or the Department of Building Inspection within the last five years. The projects are at various stages of development, from applications having been filed to entitlements secured, from building permits approved and issued to projects under construction. The report lists 232 projects under construction with a total of 8,961 housing units, 979 of which are defined as affordable. Another 350 projects with 26,063 units (with 5,873 affordable) have been permitted or approved. The Planning Department is also reviewing an additional 712 projects with 27,760 total units including 2,081 affordable units. Projects with significant percentages of below market rate housing included that were negotiated in development agreements include Park Merced, the Hunters Point Shipyard, the former Schlage Lock site and Treasure Island.

The San Francisco Board of Supervisors voted unanimously March 1 to place a measure on the June 7 ballot that will mandate doubling the number of affordable housing units to be included in new developments.

San Francisco Building and Construction Trades Council Executive Secretary-Treasurer Michael Theriault said that the Charter Amendment ballot measure introduced on December 15 by Supervisor Jane Kim was problematic for the Building Trades as it did not consider studying the economic feasibility of requiring that all projects include 25 percent affordable housing units. Developers say that projects may not pencil out or be profitable with the higher percentage of below market rate units mandated. The current requirement of 12 percent is fixed in the city charter under Prop C and can’t be amended without voter approval. Removing the 12 percent cap from the City Charter would give the Board of Supervisors the power to change the requirement without putting it before San Francisco voters.

Alternative measures and amendments were proposed before the March 1 vote. Supervisors Kim and Aaron Peskin proposed, but withdrew, a new version of Kim’s measure that would allow the Board to revise the percentage of affordable apartments or condominiums upwards, but not reduce the numbers even when they proved to be infeasible. Mayor Ed Lee had proposed an alternative measure that would require a feasibility study, but withdrew it in order to have just one measure before the Board. Supervisor Norman Yee offered a resolution that would require an economic feasibility review and grandfather in projects already in the pipeline.

“This charter amendment was put forward in an effort to help reach our city’s goal of 33 percent affordable housing,” Kim said at the March 1 Board of Supervisors meeting. “Inclusionary housing is an important tool in allowing us to hit that goal… We know that developers can do 15 percent – this was a percentage the developers were able to hit in 2012.”

Kim said economic circumstances were different in 2012 when the housing trust fund Prop C passed, which capped the below market rate percentage at 12 percent.

“We were in recession,” she said, “We were seeing a slowdown in the market” and that it made sense for the City to “set aside a portion of our budget equivalent to the tax increment set aside for affordable housing, plus in exchange reducing the on-site obligation for market developers from 15 to 12 percent.”

Kim said that since 2012, the economy has improved, including for the real estate industry producing market rate housing, so it would be feasible to remove the ceiling of 12 percent provided to developers. Her proposal includes increasing the percentage of units built for households earning well below the Area Median Income to 15 percent and an additional 10 percent affordable to middle income households.

“Now, these are interim controls,” Kim said. “We understand that we’re going to work through this process both with the Mayor’s office and our developers… we’ve codified some of the agreements in the resolution that supervisor Norman Yee introduced last week” to study the economic feasibility of the 25 percent inclusionary mandate.

Theriault said the Building Trades Council urged the Mayor and Supervisors to establish the economic feasibility review process and grandfather in the projects in the pipeline under existing percentage agreements. Projects in former Redevelopment Areas – some covered under Project Labor Agreements – are grandfathered in under the existing below market rate requirements, as well as those with existing development agreements.

Yee’s resolution was approved unanimously, “establishing City policy to maximize the percentage of affordable Inclusionary Housing in market rate development through board ordinance and to ensure fairness and feasibility.” The resolution commits that the board adopt trailing legislation by April 19, which will include a grandfathering clause; and a feasibility clause requiring the Controller and other city departments to conduct a periodic economic feasibility study, the first of which will be completed by May 31. The percentage of affordable housing required could be reduced below the 25 percent set in the proposed charter amendment if the study finds the percentage to not be feasible, as many developers claim.

Supervisor Yee said he wants to see an increase in affordable housing, but introduced his resolution to address some of the concerns of developers and others. He said that by including periodic economic studies and grandfathering in projects, “it seems we are on the right path to support what we need to satisfy everybody’s concerns.”

“Most of us feel priced out and residents are literally ending up on our city streets,” Kim said in a statement. “We must build more housing that’s affordable to the majority of San Franciscans. This measure is not only needed – it’s a very reasonable solution to this problem.”

“We have a resolution that points us in the right direction,” Theriault said after the March 1 vote. “It calls for a feasibility study and grandfathers in projects already in the pipeline. We are now working on trailing legislation that codifies what will be done and establishes the obligations to do the economic study and allow projects already in the works to proceed under the existing affordability requirements.”

The SFBCTC opposed Supervisor Kim’s initial proposal, but Theriault said the Building Trades had not yet taken a position of the ballot measure as passed by the Supervisors. “It will be up to the delegates to look at everything – the ballot measure and the trailing legislation – and decide whether or not to take a position,” he said.