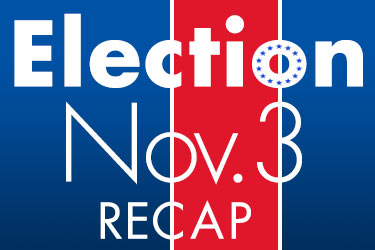 Results were mixed for the Building Trades in San Francisco’s municipal election on Nov. 3. While Mayor Ed Lee easily won re-election with the backing of the Building Trades, District 3 Supervisor Julie Christensen failed to win a full term on the Board, losing to former District 3 Supervisor Aaron Peskin. Six of the seven ballot measures backed by the trades passed, and two of the four opposed by the trades were defeated. The City’s Department of Elections reported voter turnout at approximately 30 percent.

Former District 3 Supervisor Aaron Peskin reclaimed his seat on the Board of Supervisors, winning 53 percent of the vote to Julie Christensen’s 43 percent.

Peskin’s win gives the Board’s ‘progressive’ bloc another voice, joining David Campos, Eric Mar, Jane Kim, and John Avalos, who all supported Peskin’s campaign (along with Supervisor Norman Yee). Whether Peskin’s election has an impact on development in his district or city-wide remains to be seen. Peskin has allied with groups who backed Prop B to stop the 8 Washington project and opposed the construction of the North Beach library that Christensen fought to have built. Peskin recently tried to stop development of the Flower Mart, but then joined with Supervisor Kim, Flower Mart vendors and the developer to work out a compromise agreement.

San Francisco Building and Construction Trades Council Secretary-Treasurer Mike Theriault said that while the building trades and Peskin do not always agree, he looks forward to working with Peskin to win support for projects Christensen backed.

“We congratulate Julie Christensen on her strong campaign for election, and thank her for her work on the Board,” Theriault said. “She has been a real ally on projects that are important to the trades, like the Central Subway and its extension to North Beach and Fisherman’s Wharf. We also congratulate Aaron for his victory and hope he will listen to our concerns and support the kinds of projects that create jobs for our members and provide housing for all income levels in the city.”

Peskin has a mixed record on the Board. He has opposed many projects that the Building Trades supported, but also has walked picket lines with union hotel workers and has been a supporter of public sector unions (who backed his campaign this year). Peskin also advocated for more funding for affordable housing and made housing affordability a centerpiece of his campaign, saying, “San Francisco’s affordability crisis is raging out of control and I believe that it’s threatening our way of life.”

“Although I did not prevail last night, I am so grateful to Mayor Lee for appointing me as Supervisor, and I appreciate the support of my colleagues, staff, supporters and the residents of District Three while I served,” Christensen said in a statement the day after the election. “This was an amazing opportunity and learning experience, and I look forward to continuing serving the community as an advocate for our neighborhoods in San Francisco.”​​

Mayor Ed Lee easily won re-election with over 56 percent of the vote against five challengers. Musician and activist Francisco Herrera campaigned as a supporter of the moratorium on market rate housing in the Mission and finished second with 15 percent.

“Now, with a better economy, my priority is to ensure everyone is able to share in this growing prosperity,” Lee wrote in his candidate statement.

Affordable housing activist and Beyond Chron Editor Randy Shaw reported on the online news site, “Mayor Lee won 57% of the vote despite unrelenting negative coverage in the SF Chronicle and a lackluster campaign caused by the absence of serious competition. Many progressives accuse Lee of ignoring the housing crisis while he spearheads a $310 million affordable housing bond, has the city fund the purchase of multiple buildings whose tenants faced Ellis Act evictions, and has moved heaven and earth in Washington DC to fund the renovation of public housing for low-income families. This on top of a teacher housing program, a massive increase in Ellis Act legal defense funding, and the spending of $18 million to convert an entitled market rate project at 16th and South Van Ness in the Mission to nonprofit affordable housing.”

Housing and development were key issues on the ballot for the SFBCTC. A priority was Prop A, which passed with over 73 percent of the vote. It will provide $310 million in bond funding for affordable housing programs. Sponsored by Mayor Ed Lee, Prop A will finance the construction, development, acquisition and preservation of housing affordable to low and middle income households. It will also enable the City to acquire, rehab, and preserve affordable rental apartment buildings to prevent the eviction of long-term residents and repair and reconstruct dilapidated public housing.

“The City is in dire need of affordable housing and this bond measure will help replace some of the funding lost when redevelopment disappeared,” Theriault said. “Theriault added that the Building Trades Council is working on a city-wide project labor agreement policy that could include the work on affordable housing projects funded by Prop A.

Prop D, the referendum on increasing the height limits for part of the Mission Rock development proposed by the San Francisco Giants for the area south of AT&T Park, also passed easily with over 73 percent of voters in favor. Prop D would increase the height limit on up to 10 acres in Mission Rock other than Pier 48 so that buildings along Terry Francois Boulevard would have a 120-foot height limit, three buildings would have a 240-foot height limit, and buildings on the rest of the 10 acres would be allowed heights up to 190 feet. Mission Rock will include between 1,000 and 1,950 residential units and space for restaurants, retail, commercial, production, manufacturing, artist studio, small business and non-profit uses. It is expected to generate hundreds of jobs over the scope of the build-out.

The Building Trades opposed Prop I, which would have imposed an 18-month moratorium on market rate development in the Mission. The measure lost by a 57 to 43 percent margin. “We all understand the situation in the Mission, and have deep sympathy with the proponents of the moratorium,” Theriault said. “We opposed Prop I because it could lead to more measures that would stop construction projects in the city. Until we have new funding sources for affordable housing, building market rate projects is one main source of funding for below market rate units. We hope now that with the passage of Prop A, we will see more affordable housing built in the Mission.”

Prop K passed with 73 percent of the vote and was backed by the building trades. It will enable the City to expand the allowable uses of surplus property to include building affordable housing for a range of households, from those who are homeless or those with very low income to those with incomes up to 120 percent of the area median income.

The SFBCTC endorsed Prop F, which would have imposed restrictions on private, short-term housing rentals. The measure lost with only 45 percent of voters in favor. The short-term rental hosting company Airbnb spent $8 million on an advertising and public relations campaign to defeat the measure. Recent news reports have noted that many rental units have been taken off the market and turned into short-term rentals for tourists, undercutting hotels while driving up the cost of rents in the city. The Building Trades supported Prop F because unregulated short-term rentals have contributed to displacement of tenants and the high cost of housing in San Francisco, as well as the potential loss of hotel tax revenue and hotel jobs. Some media reports noted that with the election of Aaron Peskin, the Board of Supervisors could adopt stronger regulations to deal with the short term rental issue.

Other measures supported by the Building Trades that passed are Prop B, which expands paid parental leave for City employees; Prop H, which defines green/renewable energy under the City’s CleanPowerSF program and adopts a policy on the use of “renewable energy credits” by the CCA program; and Prop J, which establishes a Legacy Business Historic Preservation Fund.

The SFBCTC opposed Prop C, Prop E and Prop G. Prop C passed, while E and G both lost at the polls. Prop E would have required the city to live stream all meetings on the Internet and allowed public comment to be submitted electronically. It was seen as an expensive project and lost 67 to 33 percent. Prop G was similar to Prop H but not as clear in defining renewable energy resources; it lost by a 77 to 23 percent margin. Prop C passed with 75 percent of the vote. It regulates lobbyists and requires advocacy groups to register with the Ethics Commission. Prop C treats unions and activist groups as lobbyists and could hamper efforts to turn out members for meetings and rallies.