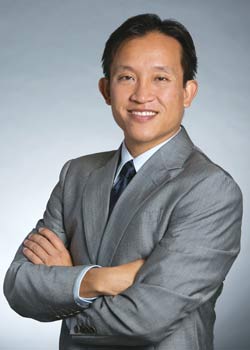 San Francisco Board of Supervisors President David Chiu won election to the State Assembly in the 17th District in a close race against Supervisor David Campos. While results were not officially certified as Organized Labor went to press, Campos conceded defeat the evening of Nov. 6, two days after polls closed.

“David Chiu has already shown remarkable skill in navigating the difficult politics of San Francisco, and San Francisco has long proven itself a great classroom for leadership in state government and beyond,” said SFBCTC Secretary-Treasurer Michael Theriault. “We’re confident that David will achieve good things in Sacramento for San Francisco and the Trades.”

Chiu was first elected to the Board of Supervisors in 2008 as part of the young and progressive group that includes Eric Mar, John Avalos and Campos. Chiu was endorsed by the Council in 2012 and re-elected. Campos and Chiu are both liberal Democrats with similar voting records.

Chiu was backed by the Council for assembly because he did deliver results and supported many of the projects that created good union jobs in the city, including the Park Merced redevelopment, the new Exploratorium at Piers 15-17 and the new Cruise Ship Terminal at Pier 27. Many Building Trades union members turned out to campaign for Chiu.

Chiu will take over the District 17 Assembly position from Tom Ammiano, who was termed-out after three terms.

While their campaign was at times contentious, Chiu and Campos pledged to work together.

Campos will remain on the Board for two more years, representing the Ninth District that includes the Mission, Bernal Heights and Portola. Mayor Ed Lee will appoint a new Board member for District 3, which covers Chinatown, North Beach, Nob Hill, and Russian Hill. 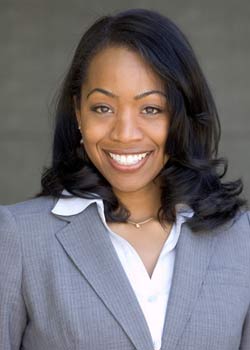 Cohen, others cruise to Board of Supervisors re-election

All five members of the San Francisco Board of Supervisors endorsed by the Building Trades Council were re-elected November 4. Supervisors Mark Farrell, Jane Kim, and Scott Wiener each won substantial majorities on election night, with Farrell garnering 80 percent of the vote in a two-way contest, Kim with over 67 percent in a field of four candidates, and Wiener winning 77 percent against four challengers. Supervisor Katy Tang was unopposed and will serve a new four-year term.

In District 10, the Council strongly backed incumbent Malia Cohen, who has been a strong supporter of construction projects in her district that have employed many Building Trades union members. Cohen received 45 percent of the vote against four challengers. Since she did not receive a majority, the Instant Runoff process of tabulating Ranked Choice Votes ensued and the second and third place votes she received on other ballots were re-distributed. Cohen won with over 51 percent on the second round of RCV tabulation. Cohen’s main challenger, Tony Kelly, finished a distant second. Kelly had won more votes than Cohen in the 2010 election, but not a majority among the 21 candidates; Cohen won in 2010 after 20 rounds of vote counting and redistribution of second and third place votes under RCV.

“More than any other Supervisor, Malia Cohen has made a practice of consulting regularly with Labor to understand our issues,” Theriault said. “She knows that she represents a district with many working-class residents and union members, and she works hard on their behalf.”

Cohen told Organized Labor that she was proud of the work she has done over the last four years supporting projects that provided work for the trades and her work to get project labor agreements on important developments. She pointed out that Kelly had opposed many of the projects that created jobs for the trades. This year, her success in making improvements in the District gave her an edge over Kelly, who received roughly half the number of votes as Cohen, and Marlene Tran, who finished third.

Building Trades union members turned out in force on the weekend before Election Day to campaign for Malia Cohen.

Cohen said her priorities for the next four years are to see the Schlage Lock development and Pier 70 projects move forward and support projects that ensure that people earn a living wage. Cohen’s other priorities include building affordable housing, supporting efforts to building more middle income housing, and addressing crime and violence through increasing community-based policing and expanding gun buyback programs. She also wants to continue to improve services in the District, particularly in neighborhoods that have been underserved. Cohen said she wants to bring more jobs to District 10, and wants to expand local hire requirements so District 10 residents benefit from development projects. She supported the successful campaign to raise the minimum wage to $15 an hour.