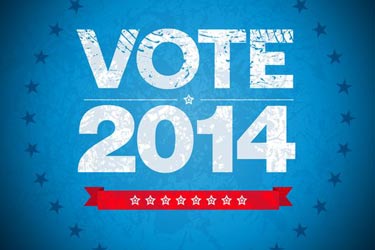 Election Day is drawing near. Below are several local ballot measures that you will see in the voting booth on Nov. 4. We’ve given a brief explanation of each and the position of the San Francisco Building & Construction Trades Council. Take a look, and don’t forget to vote!

Proposition A
Prop A is a $500 million first deposit on addressing $10 billion of identified transit infrastructure needs in San Francisco. As part of a rotation of bond measures in which new debt isn’t taken on except as existing debt is retired, it will not raise taxes. In improving Muni reliability, streets, and pedestrian and bicycle safety, it will also produce Building Trades jobs.
Vote YES on Prop A

Proposition B
Prop B also addresses transit needs, but from the wrong pot of money, the City’s general fund. In so doing it reduces the City’s ability to respond to its other needs, whether for social services, maintenance, or construction.
Vote NO on Prop B

Proposition D
When Governor Brown and the Legislature dissolved redevelopment agencies, some workers for the San Francisco Redevelopment Agency moved to City positions. Considered new hires at the City, they did not receive the same deal on retiree health benefits as City employees hired at the same time they were hired by the Redevelopment Agency. Prop D corrects this, and is a basic matter of fairness for workers who got a raw deal through no fault of their own.
Vote YES on Prop D

Proposition E
The Teamsters Union has appealed directly to the Council to oppose Prop E, the “Tax on Sugar-Sweetened Beverages.” Many workers in the beverage industry are Teamster members with good wages and benefits. The Teamsters believe Prop E will cost many of these workers their jobs while doing nothing to help re-employ them.
Vote NO on Prop E

Proposition F
Prop F will raise height limits in the Pier 70 area from 40 to 90 feet. Given the restrictions of Proposition B, which passed in June, Prop F is a necessary step to building a new neighborhood there. Prop F will bring more housing and thousands of Building Trades jobs in about a decade of construction. The developer has promised a project labor agreement for the work.
Vote YES on Prop F

Proposition J
Prop J will raise the City’s minimum wage in steps over the next four years to $15 an hour, and by the rate of inflation after that.
Vote YES on Prop J

Proposition K
Prop K represents a hard-won compromise between Mayor Lee, Supervisor Jane Kim, and both for-profit and non-profit housing developers to establish a policy on housing production, with 30,000 units built by 2020, half of them affordable to workers such as ourselves. Prop K means both homes and jobs for us.
Vote YES on Prop K

Proposition L
Prop L gives greater priority to cars and parking in City transit planning. The City is growing, and we are working. If cars are given greater priority in this growth, this will lead to more traffic gridlock, not less, and to even more public resistance to further growth and so to our work. To keep our work coming, we need to prioritize other forms of transportation.
Vote NO on Prop L