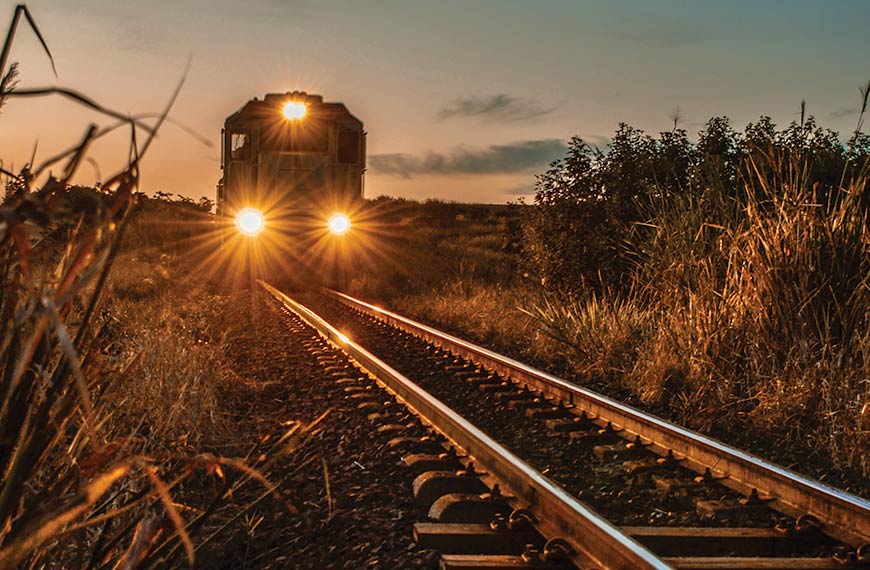 In December, President Joe Biden signed legislation passed by Congress, and, just like that, the years-long dispute between labor and railway carriers ended.

We dug into the matter, with some help from preeminent U.S. labor law professor William B. Gould IV, who was chairman of the National Labor Relations Board under President Bill Clinton and now serves as the Charles A. Beardsley Emeritus Professor of Law at Stanford Law School.

The last contract between a dozen labor unions representing more than 115,000 workers and freight railroad operators expired in 2019.

This past September, after years of talks and with help from the Biden administration, management and the unions reached a tentative agreement. However, four of the 12 unions involved failed to ratify the agreement, the major sticking point being lack of paid sick leave in the new contract. With the threat of a strike looming — and the potential economic apocalypse that might follow, what with goods transport grinding to a halt in the thick of the holiday season — Congress passed and President Biden signed legislation forcing the unions to abide by the brokered deal from September.

Who Are These Workers?

The dozen unions involved in the negotiations were the following:

The Railway Signalmen, Maintenance of Way Employees, SMART-TD, and Boilermakers were the four unions that rejected the tentative agreement. Gould said that the workers who didn’t ratify are likely enduring “onerous conditions” on the worksite.

What Did Workers Win, and What Did They Lose?

On the plus side, the workers from the 12 unions received a 24% raise over the next five years, five annual $1,000 lump-sum payments, caps on healthcare premiums, and one additional personal day.

What they did not receive — and what almost led to all hell breaking loose — was the 15 days of paid sick leave they were fighting for. Legislation was on the table that would have provided seven sick days, but it didn’t gain enough votes to get out of the Senate. So, the unions got stuck with just one additional personal day.

“The unions certainly did not win,” Gould said. “I think on balance, it has to be said that the railways did.”

What Gives With the Paid Sick Leave?

Despite massive profits, the rail carriers refuse to give their workers paid sick days. If workers get sick, they have to take a personal day (i.e., vacation time), which generally has to be requested in advance and is, therefore, of no use when someone wakes up in the morning ill. And due to the demands of the job, not to mention the fact that the railroads have eliminated nearly one-third of jobs in recent years, days off are hard to come by.

“I think these companies have deliberately saved costs and increased profits by diminishing the number of employed workers,” Gould said. “Under those circumstances, they’re less able to tolerate absences.”

Why Is This Such a Big Deal?

Depending on who you ask, between 30% and 40% of freight in the United States moves by rail, hence the estimated $2 billion-per-day hit to the economy. Factor in passenger travel and transportation of hazardous materials and perishable goods along train lines, and it’s no question why the rails are so important to the country.

Back Up a Second… the Federal Government Called the Shots in a Labor Dispute?i

Yes indeed. The national economy shedding a potential $2 billion a day is no laughing matter. With inflation already an issue, the economy cooling, and the holiday shopping season upon us, such an economic hit could have been catastrophic. So, the Biden administration worked with Congress — and, some might say, sold out the workers — to pass legislation to get a deal done and save the economy before Santa Claus loaded up his sleigh.

How Could Politicians Do That?

Congress has the power to intervene thanks to the Railway Labor Act of 1926. Under its power in the Constitution, the law allows Congress to prevent disruptions to interstate commerce. Simple as that.

It is, and, in some ways, it isn’t. With the law passed 80-to-15 by the U.S. Senate and signed by President Biden, any strike would be considered illegal and the strikers fired, even though the members of four unions didn’t ratify the agreement and the other eight stood in solidarity. Without the threat of a strike, the rail carriers hold most of the cards.

“There are some industries which, in some circumstances, are so essential that [a strike] would create such a national emergency that [it] cannot be tolerated,” Gould said. He added that there wasn’t much choice, and suggested some sort of arbitrator or mediator being more equitable.

“There ought to be mechanisms in place which induce the parties to bargain early and bargain often prior to the time the agreement ends,” he said.