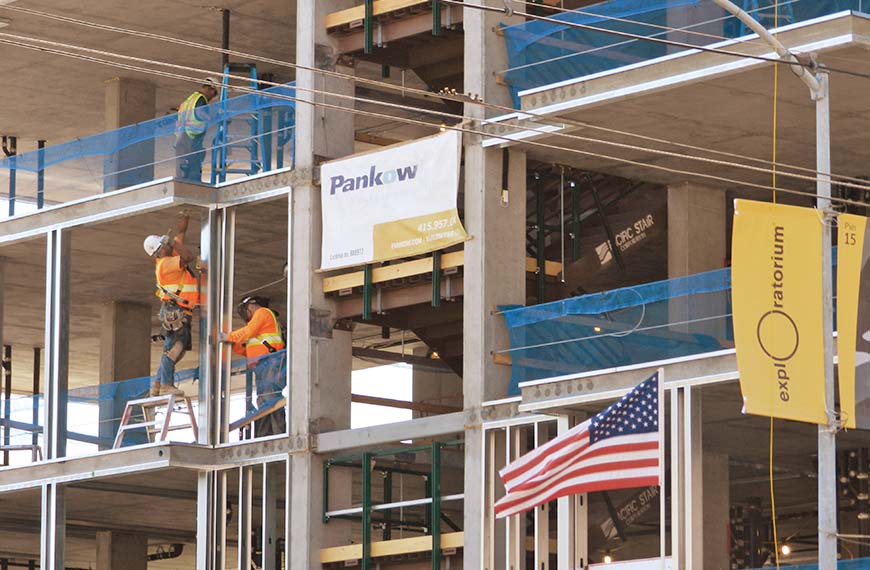 After a hotly contentious summer that saw the NorCal Carpenters Union pitted against the State Building and Construction Trades Council of California (SBCTC) on some critical housing policy proposals, there is finally good news out of Sacramento.

In a compromise, two pieces of legislation that had become oppositional rallying points — depending on where you stood — have both passed. Together, the bills, which focus on making it easier and faster to build affordable housing in California, could create thousands of construction jobs in the residential market while increasing statewide housing supply in a time of serious need.

It was a long road to get here, with fights now resolved about the presence of a skilled-and-trained mandate stipulating all work be performed by union building tradespeople and apprentices. Legislatures got together and drew up a deal, and just like that, Senate Bill 6 (SB 6, the Middle-Class Housing Act) and Assembly Bill 2011 (AB 2011, the Affordable Housing and High Road Jobs Act) each passed out of the state house at the end of August.

What’s exciting about these bills is that they connect building trades unions with residential construction. Historically, the housing market has been a tough nut to crack for the trades. SB 6 and AB 2011, both of which are designed to streamline housing production in commercial zones, should help the trades gain a foothold in this problematic sector.

“It’s an area where the building trades don’t have a substantial market share today,” said SBCTC President Andrew Meredith. “It’s one of the few construction sectors where that’s the case in California. Getting our foot in the door on a significant level was really important to us. The fact that we’ve all collectively moved the needle is pretty impressive.”

But this collective moving of the needle almost didn’t happen.

SB 6, authored by State Senator Anna Caballero (D-Merced), allows for the creation of housing in existing commercial and retail spaces without rezoning. AB 2011, authored by Assemblymember Buffy Wicks (D-Oakland), accelerates the production of housing in commercial spaces, also without rezoning. Caballero’s bill requires the use of a skilled-and-trained workforce for qualifying projects, while Wicks’ legislation doesn’t include such provisions but does provide stronger affordable housing targets. Both pieces of legislation mandate that prevailing wages be paid.

Earlier this summer, the SBCTC — with the support of the California Labor Federation, the San Francisco Building and Construction Trades Council, and other labor groups — came out in opposition to AB 2011 and in support of SB 6. Their objection was a simple one: Without those skilled-and-trained requirements, AB 2011 was a no-go.

A path forward was unclear. Suddenly, on Thursday, August 25, California Senate President Pro Tempore Toni Atkins’ (D-San Diego) office issued a news release announcing that a compromise had been reached between the two opposing factions. The agreement would allow both AB 2011 and SB 6 — the latter of which had stalled in the statehouse last year — to move ahead.

NCCRC Executive Secretary-Treasurer Jay Bradshaw sees the passage of the bills as victories for both affordable housing proponents and organized labor. The state estimates that 2.5 million new housing units will be needed over the next eight years, with a million of those needing to be affordable. Developing commercially zoned land for residential purposes helps address the building challenge.

Bradshaw is also excited about the organizing opportunities in residential construction. He estimated some 90% of the industry is unorganized. He cited a laundry list of labor law violations that occur regularly on residential job sites and said he sees the legislation passed as a way to raise those standards and hold contractors accountable.

“For the carpenters union, we see it as probably the biggest opportunity we’ve seen maybe ever to take back the residential industry,” Bradshaw said, stressing that it is organized labor’s responsibility to engage residential workers and invest in organizing the sector.

He views AB 2011 as a way to start moving in that direction.

“The workforce is there,” he said. “It’s the union’s obligation to have the platforms and the on-ramps, and the opportunity to bring them in.”

Bradshaw also spoke passionately about the challenges his members and the working-class in general face in the housing market.

“These workers need rights and a raise,” he said. “We need to organize [them], and we need to produce housing.”

The skilled-and-trained provisions in SB 6 have been the primary motivating factor for that bill’s building trades advocates since day one, and their inclusion is seen as a big win.

With the potential for millions of new homes to be built in the coming years, Meredith is confident that the building trades will be able to provide the skilled-and-trained workforce needed to fulfill the requirements in SB 6.

“The only thing that holds back our ability to create apprenticeship slots is demand,” Meredith said. “If the demand is there, we can continue to ratchet up these training numbers exponentially. That’s what we expect to do with the residential construction sector.”