Powering Through a Pandemic 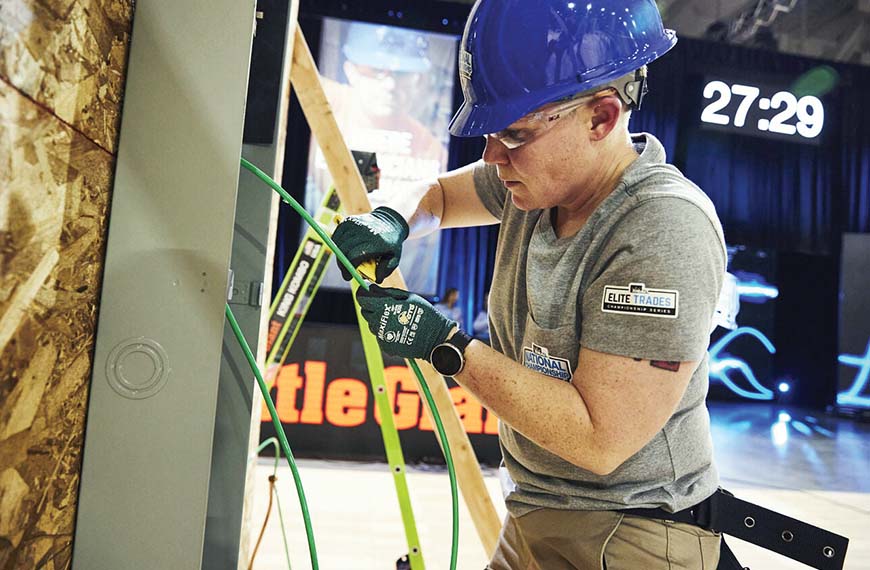 The apprenticeship program classes that all building trades union members must complete when they join up are a rite of passage. But over the last couple of years, as the pandemic has changed all of our lives, the apprenticeship classes have changed, too.

The starkest shift was the lack of in-person interaction as classes went online, said Noreen Buckley, a journeyworker and member of IBEW Local 6 for six years now. She began her classes in 2016 and was halfway through the first semester of her fourth year when the pandemic hit.

“They did an awesome job,” Buckley said of Local 6’s transition. “We literally didn’t miss a beat, and they just kind of switched our spring break so that week, when everything kind of happened, we were on break, and then, during what was to be our spring break, we were back in class.”

Only one thing was different: Buckley and her fellow apprentices were back in class via Zoom. She said that although the curriculum remained the same and the teachers successfully adapted instruction to the situation, she missed the in-person camaraderie more than anything else.

“When you’re with your class, it’s 20-something people, and you’re not with them all the time but every six weeks or every other night, depending on where you are in the program,” Buckley said. “You come in and just talk about your jobsite, about what’s going on in your life.

“One of my classmates has had three kids. A lot happens in your life in the five years [you’re in those classes], and you miss that ‘What’s up with you?’ and ‘Have you been there?’ kind of stuff. That’s probably the hardest part of it all.”

If an apprentice is feeling that union-family camaraderie is hard to come by, one foreman and 20-year IBEW member has some words of reassurance and advice.

“We’re all brothers and sisters in the local,” said David Pudoff, who originally went through apprenticeship classes for the Sound and Communications division from 2004 to 2007 and then returned to classes for inside wireman training from 2014 to 2019. “Always feel free to ask questions. If you’re struggling with anything, everybody is more than willing to help out.”

For Fernando Soto, who is currently taking apprenticeship classes with Plasterers Local 66, the benefits are clear.

“They’re going to put you in a situation in which you might not want to be there, but you have to get it done,” said Pedro Perez, a fellow apprentice with Local 66. “So, that just helps you overcome whatever obstacles you’re going to encounter in any jobsite.”

Ultimately, the apprenticeship classes remain a setting where new union members successfully learn their trade and bond with one another, even if the pandemic has changed things up a bit.

“All around, the apprenticeship classes are striving to help you succeed,” Pudoff concluded. “All the tools are there if you’re willing and wanting to utilize them. I really enjoyed going to the programs.”