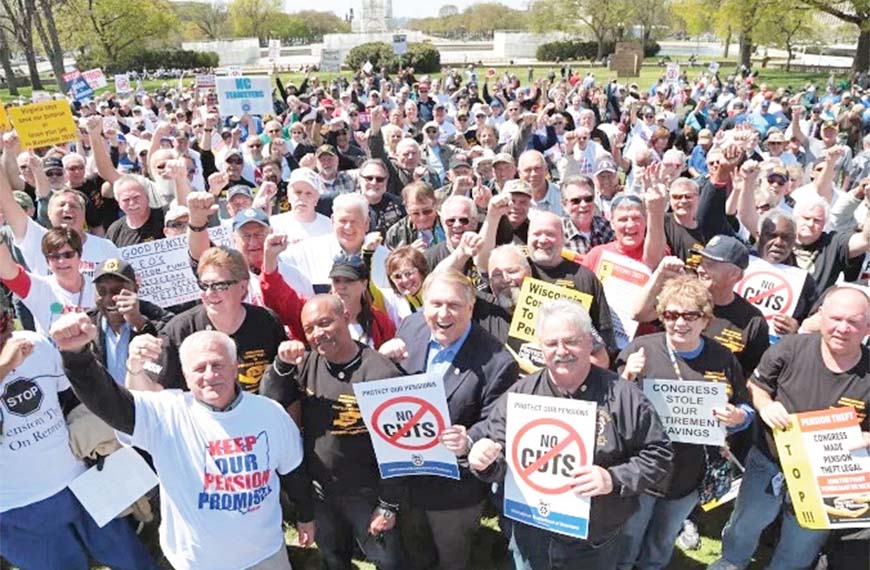 In July, the Biden Administration’s American Rescue Plan (ARP) gained a final ruling as part of the Butch Lewis Emergency Pension Plan Relief Act to provide pension plan support for millions of union workers and retirees. Under the act, the ARP’s Special Financial Assistance Program is slated to protect millions of workers in multi-employer pension plans who would have otherwise faced significant benefit cuts.

Multi-employer pension plans are typically created between numerous employers from the same industry and a union. Yet, prior to the program’s enactment, more than 200 pension plans insured by a federal agency called the Pension Benefit Guaranty Corporation (PBGC), which covers millions of workers, were at risk of failing to provide full benefits.

According to Michael Scott, executive director of the National Coordinating Committee for Multiemployer Plans (NCCMP), when the interim final ruling was passed in July 2021, only three out of roughly 250 plans headed for insolvency would have been solvent after 2051. However, in the final rule from this past July, all eligible plans will be protected through 2051, covering over 2 million participants.

“What the PBGC worked on over the past year was a dramatic improvement,” Scott said. “It fulfills the intent of what Congress wanted the legislation to do.”

The change is good not just for participants but for employers and the unions that jointly sponsor the plans, too. Scott explained that when plans go insolvent, employers often end up in bankruptcy or liquidation because they can’t afford the mass withdrawal liability. A number of different factors can put plans on the path toward insolvency, one example being the deregulation of the trucking industry that began in the 1980s.

For this reason, of the eligible plans that the NCCMP examined, 78 of them were plans within various Teamster unions, Scott said.

One of many positive outcomes, pension benefits for about 15,000 Teamsters covered under the Western Pennsylvania Teamsters and Employers Pension Plan were recently restored under the ARP program.

Although SF Building Trades-affiliated unions aren’t currently in need of pension plan relief, the legislation has the potential to create a better outlook for unions in general because it makes employers financially healthier than they would have otherwise been.

“The legislation allows union and signatory employers the ability to honor their past commitments without making them uncompetitively burdened,” said IBEW Local 6 Business Manager John Doherty.

Doherty noted that plans can become distressed if benefits have been overcommitted beyond that which the plan can regularly maintain, or if they become underfunded due to catastrophic losses like those seen during the Great Recession. Once losses are incurred, it’s very difficult to get back on track.

However, the legislation allows plans that are currently in distress an opportunity to extend their horizon and stay solvent without having to cut benefits on current retirees and not overly burden active members, Doherty said.

Since the law is named for Ohio union leader and pension advocate Butch Lewis, President Joe Biden in July visited union workers in the Buckeye State to celebrate the law’s passage and the estimated $94 billion in assistance it’ll provide to protect union pensions until 2051. Biden said that retirees who lost their benefits through no fault of their own, but, instead, due to an economic crisis and unrelenting attacks on unions would have their pensions restored retroactively.

“The administration deserves great credit for carefully considering the comments that they received in August of last year to come out with the final rule,” said NCCMP Director Scott. “Speaker Pelosi and Majority Leader Schumer were instrumental in conveying to the White House that the interim final wasn’t what we were trying to achieve. They were very important to the shape of the final rule.”