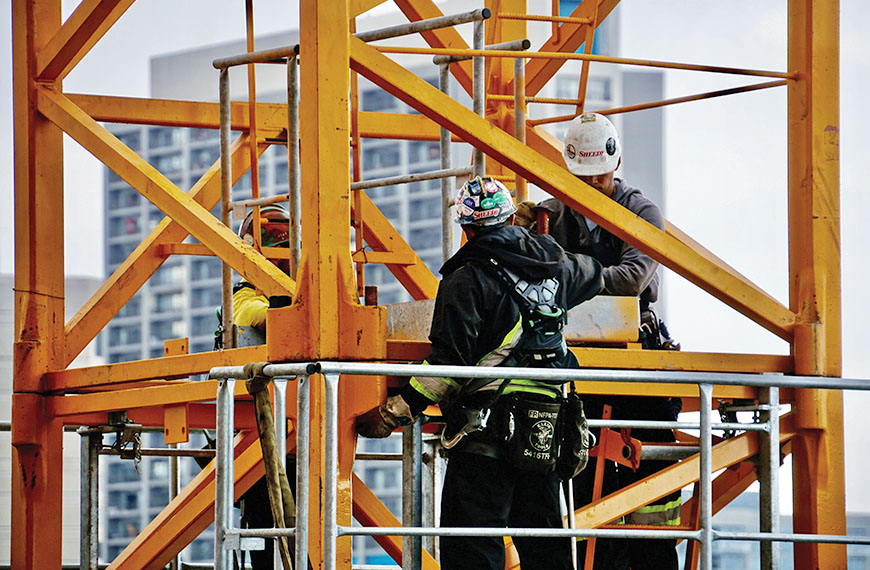 According to the Audit...

In August 2020, the SF Board of Supervisors’ Budget and Legislative Analyst’s Office turned in its Performance Audit of Workforce Development and Pre-Apprenticeship Programs, which assessed the effectiveness of the City Workforce Alignment Committee. The audit stressed the importance of coordination of workforce development programs and was critical of the lack of simple, essential information.

Here are a few of the key findings and recommendations from the report.

Oversight, accountability, and a much stronger labor voice are all likely to be features of a new version of San Francisco’s long-criticized and currently mothballed City Workforce Alignment Committee, which was responsible for planning and coordinating the City’s workforce development programs.

Resurrecting the committee — and doing it right this time — remains a work in progress, but things appear to be looking up, according to local labor leaders and city officials.

The Workforce Alignment Committee was phased out at the end of 2019. It had been established five years prior by an ordinance sponsored by then-supervisors Malia Cohen, David Chiu, and London Breed. City department heads primarily composed the committee, which was overseen by an advisory committee of nonprofit leaders.

After more than three years of growing calls from local labor leaders to revive the committee with a larger labor presence and more oversight, progress appears to be finally moving in that direction. SF Board of Supervisors President Shamann Walton is said to be considering legislation, with members of the building trades in communication with both Walton and Joshua Arce, director of workforce development in the City’s Office of Economic and Workforce Development (OEWD).

“We believe in the importance of the Workforce Alignment Committee’s role in advancing the City’s workforce development, racial equity, and economic recovery goals,” Arce said in a statement. “OEWD and the Human Rights Commission have convened committee meetings on a regular basis, even after the Alignment Ordinance sunset in 2019. We are continuing conversations with labor, community, and city stakeholders about how best to formally re-constitute the committee as we advance our economic recovery.”

Walton did not respond to a request for comment by press time.

The original committee came under heavy criticism for its lack of accountability and questionable reporting structure. Many in labor complained that the committee oversaw job-training programs that simply processed candidates without adequately preparing them for careers — and collected funding to do so.

“I feel that the alignment committee was really about sharing with nonprofit allies where the money was, where it was coming from, and how to get it,” Courtney said.

Results, accountability, and a voice for labor have long been the primary objectives in seeing the committee brought back. In 2020, at the behest of local labor, the SF Board of Supervisors’ Budget and Legislative Analyst’s Office submitted its Performance Audit of Workforce Development and Pre-Apprenticeship Programs. Among other findings, the report determined that “there is an ongoing need for citywide coordination of workforce development programs.” Its first recommendation was to adopt legislation reauthorizing the Citywide Committee on Workforce Alignment.

However, that same audit was also critical of CityBuild Academy, a job training and employment program administered by the OEWD in partnership with SF labor. The SF Building Trades have long held up CityBuild as the gold standard for job training and placement.

Courtney cited the audit as insufficient, adding that only a fraction of the hundreds of programs in the city were analyzed.

“I think the lack of anybody from organized labor [on the committee] was something that we were beginning to recognize was one of the reasons why it didn’t have the effect that it should have,” he added.

“We live or die by the quality of our craftsmanship,” Gonzalez said. “We cannot let government agencies or quasi-governmental agencies or nonprofits […] undermine our standards.”

In 2019, the SF Labor Council, then headed by Gonzalez, unanimously passed a resolution calling for the mayor and Board of Supervisors to “craft and advance plans for centralizing workforce development programming citywide” in order to “increase transparency, accountability, and deliverables while minimizing fraud, patronage, and waste.”

“That resolution, I think, was a really, really good starting point for organized labor to stake its claim on workforce,” Courtney said. “That’s how long this has been going on. It’s really about accountability, and it’s about evildoers in our space. It’s about shaking out the fakers.”

Courtney expressed the sentiment that a reauthorized Workforce Alignment Committee with more accountability and a seat for labor is a victory for all.

“We were always looking for reform that was good for workers, whether they were in a union or not,” Courtney said. “My hope is that people perceive this as an overall fundamental labor win.”