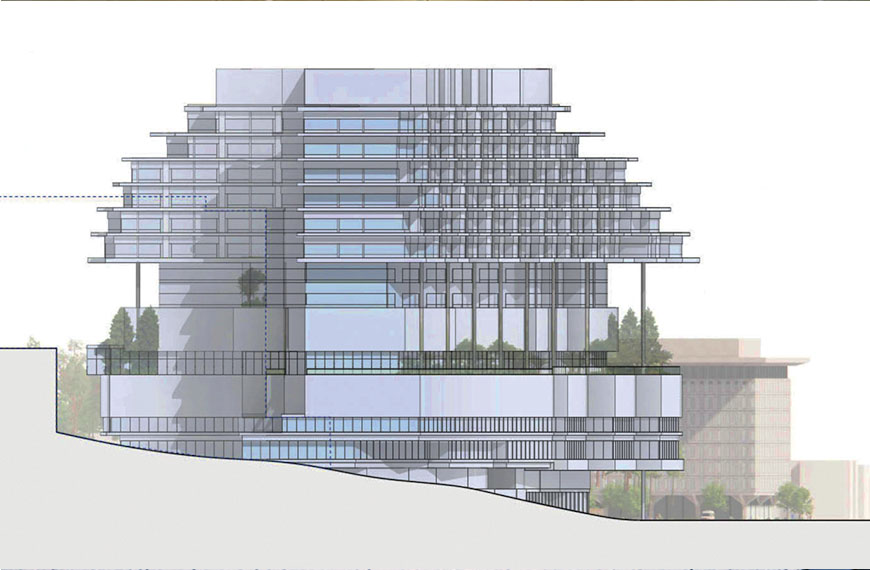 The University of California’s Board of Regents has voted to approve UC San Francisco’s plans for a brand-new high-tech hospital at UCSF Helen Diller Medical Center on its Parnassus Heights campus. Thanks to a project labor agreement (PLA) negotiated by the San Francisco Building and Construction Trades Council well over a year ago, the hospital will be built with all-union labor.

A UCSF news release published Thursday, May 19, confirmed the regents had that day green-lighted the new hospital’s design, scope, and full budget, which, according to the release, includes $4.3 billion for the complete build and associated improvements. (The funding will come from a mix of external financing, philanthropy, and hospital reserves.)

With its bold design, the towering hospital could ultimately become yet another significant architectural landmark of the City while expanding much-needed healthcare capacity to UCSF’s currently overburdened and under-resourced medical center. But perhaps best of all is that the hospital’s construction phase alone is projected to provide up to 1,200 well-paying union jobs over a 10-year timeline. That’ll be a major boon for Bay Area building trades members.

Back in January 2021, the SF Building Trades, along with UCSF and its general contractor Herrero Boldt Webcor, signed a joint community workforce PLA covering the hospital build. The landmark PLA stipulates construction of the hospital will employ an all-union workforce that specifically includes a strong representation of local labor. The PLA also articulates special opportunities for building trades apprentices and ensures that military veterans will be well-represented among construction crews and tradespeople on the hospital jobsite.

As with all PLAs, the Parnassus agreement is an attempt to establish a positive partnership among the owner, the contractors, the subcontractors, and the workers. Its goal is to enable the various parties to set agreeable wages, resolve disputes productively, and address any grievances in a manner that honors all collective bargaining agreements in order to avoid strikes, work stoppages and lockouts for the duration of the decade-long project.

The new hospital promises to be a project of formidable magnitude for the Bay’s building and construction trades workforce. Current plans released by UCSF and project architect Herzog & De Meuron indicate the new hospital will rise to 15 stories, plus include a rooftop mechanical room. According to the California Environmental Quality Act Environmental Impact Report (EIR) for the project, the hospital’s height will reach 300 feet and floor space will comprise 900,000 square feet.

The UCSF press release states that the regents have approved the EIR. The exact aforementioned numbers, however, shouldn’t be assumed to be set in stone just yet.

Groundbreaking is expected by next year. We’ll continue to bring you the latest news on this project as it develops. 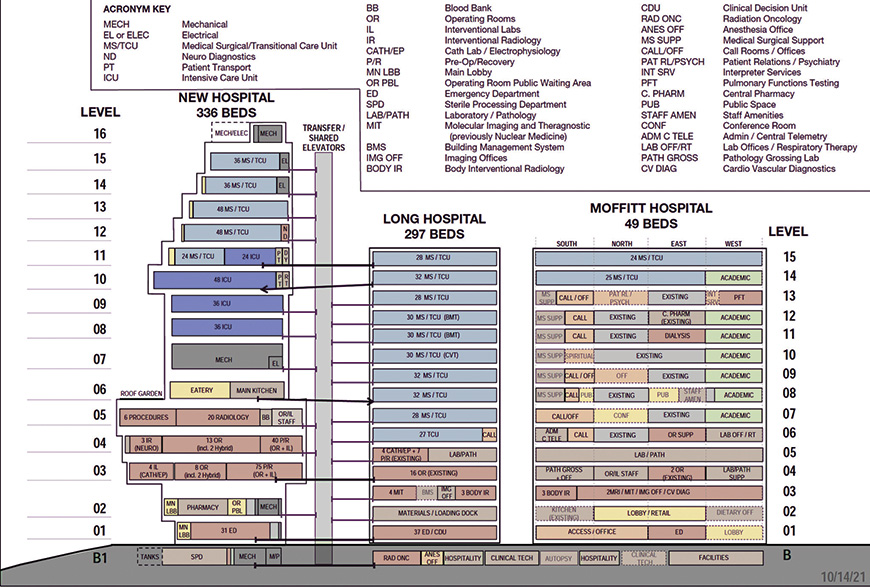