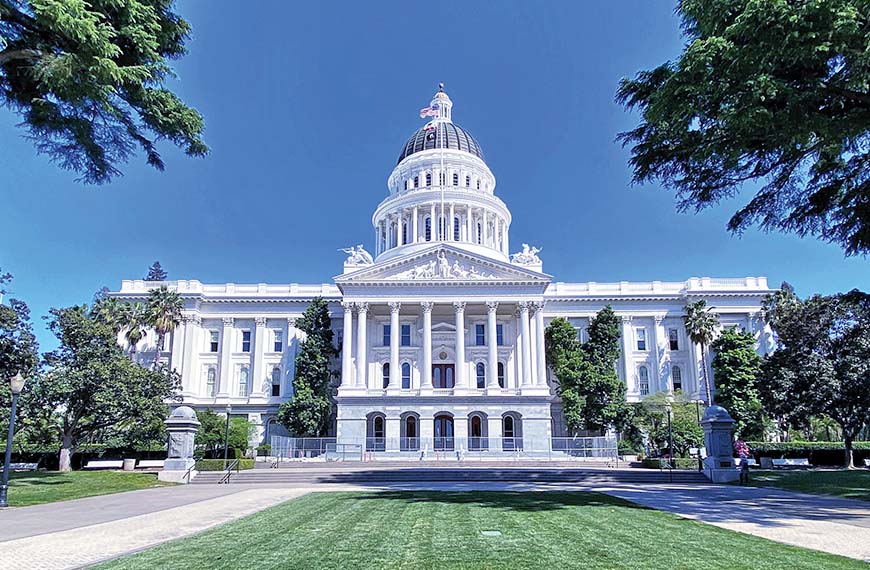 Many of the bills sponsored or supported by the State Building Trades Council of California (SBCTC) have recently passed the California state legislature and were signed into law by Governor Gavin Newsom in September and early October.

AB 1003: Passed, Signed Into Law
Assembly Bill 1003, sponsored by State Senator Lorena Gonzalez (D-San Diego), passed unanimously in both houses of the state legislature and was signed into law on September 27. The bill augments the consequences for intentional wage theft from a civil violation to grand theft; it makes the intentional theft of wages, tips, benefits or compensation –– over $950 for one employee and over $2,350 for two or more employees in any consecutive 12-month period –– punishable as grand theft.

Prosecutors would have the authority to decide whether to charge an employer with a misdemeanor or felony.

AB 1003 will protect workers — particularly immigrant workers — from exploitation and having wages withheld or stolen by unscrupulous contractors in the construction industry, where wage theft is common.

AB 1023: Passed, Signed Into Law
AB 1023 revises the requirement for contractors and subcontractors on public works projects to furnish certain payroll records to the labor commissioner so that records can be submitted in an electronic format. The new certified payroll system bill gives enforcement teeth by adding actual penalties: It makes a contractor or subcontractor who fails to furnish the records liable for a penalty of $100 per day, not to exceed $5,000 per project.

AB 1023 was authored by Central Valley Republican Assemblymember Heath Flora and sponsored by Operating Engineers Local 3. The bill passed the assembly unanimously in September after passing the Senate 33-to-4 and was signed by the governor in late September.

AB 525: Passed, Signed Into Law
Authored by San Francisco Assemblymember David Chiu, AB 525 passed the assembly on a 74-to-1 vote on September 9 after passing the senate 38-to-0.

AB 525 will pave the way for utility-scale offshore wind energy construction by requiring the California Energy Commission to evaluate and quantify the maximum feasible capacity of offshore wind to achieve reliability and ratepayer, employment, and de-carbonization benefits, and to establish offshore wind planning goals for 2030 and 2045, on or before June 1, 2022.

The bill would require the commission, in coordination with specified agencies, to develop a strategic plan for offshore wind energy developments installed along the California coast in federal waters. The bill was co-sponsored with the environmentalist nonprofit Environment California.

AB 846: Passed, Signed Into Law
AB 846, a.k.a. the Local Agency Public Construction Act, authorizes California’s community college districts and K-12 school districts to continue using job order contracting by extending the sunset for its use to 2027. It requires that the school district or community college district have a project labor agreement (PLA) or employ a skilled-and-trained workforce.

AB 36: Passed, Signed Into Law
AB 36 passed in the assembly and senate in August and was signed by Newsom on October 8. The bill provides design-build authority to the Town of Paradise to create a water conveyance and sewer pipeline between Paradise and Chico in response to the devastating 2018 fires. It’ll be built with prevailing wage and a skilled-and-trained workforce on the project.

The SBCTC co-sponsored AB 36 with the Teamsters and the Town of Paradise.

SB 15: Passed in Senate
SB 15 would allow for the residential rezoning and redevelopment of idle sites formerly used for big-box retailers or commercial shopping centers. The bill includes requirements for both prevailing wage coverage and the use of a skilled-and-trained workforce for projects arising from the legislation.

It passed the senate in June but was not advanced in the assembly.

AB 1395: Opposed by SBCTC, Failed
AB 1395 failed to pass in the state senate in September and was ordered to the legislature’s inactive file. The bill would have limited the amount of carbon that can be removed from the atmosphere by carbon capture to no more than 10% of the total removed by all mitigation sources.

According to the SBCTC, AB 1395 would have crippled investment and innovation in the carbon capture and storage industry that will be critical to meet California’s goals to reduce greenhouse gas emissions.

SB 342: Opposed by SBCTC, Failed
SB 342 would have packed the South Coast Air Quality Management District board with environmental justice activists, whom the SBCTC contends already have a lot of power over the decisions made by regulatory boards that affect the workers in industries regulated by air quality management districts.

The bill was ordered to the inactive file at the request of its author, Lorena Gonzalez, in June.