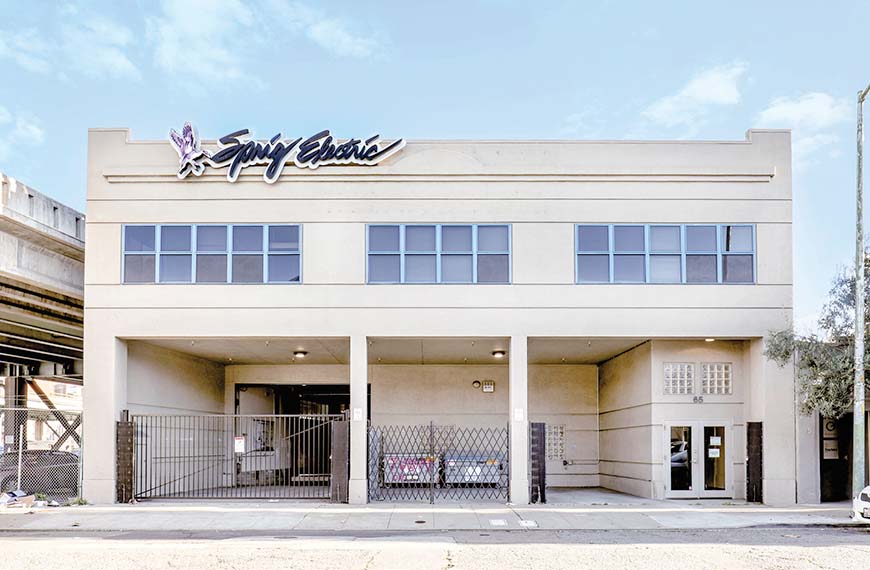 New Hall to Give Glaziers, Floor Coverers, and Painters a Permanent Home in the City

After renting space at the Sheet Metal Workers Local 104 office in Duboce Triangle for many years, three unions — Glaziers Local 718, Floor Coverers Local 12, and Painters Local 913 — have scored themselves a permanent home in San Francisco that’s slated for occupancy in the second quarter of 2022.

The availability of funding, combined with the coronavirus pandemic’s downward push on city real estate prices, triggered District Council 16’s purchase of the former Sprig Electric building at 60 Oak Grove Street in SoMa. Once it’s remodeled, the two-story building will roughly triple the amount of union hall space available to members of the three aforementioned locals, as well as provide staff offices and space for an array of functions necessary to foster union cohesion.

“We could get together for a precinct walk in San Francisco on a Saturday and come back and have a barbecue,” said Local 12 Business Representative Anthony Nuanes. “We can’t do that [at our current space] because we’re just a tenant.”

Local 718 Business Representative Bart Pantoja expressed the importance of having space that members can call home — a place, for instance, to hold rallies and phone bankings and meet with elected officials. He said Local 718 has had to move four times over the past 20 years. Meanwhile, Nuanes said that Local 12 hasn’t had a permanent space in the city since the 1980s.

Although the excitement among members is palpable, many months of remodeling work will be needed to get the building ready for its new role.

“San Francisco is a bit of a beacon for the other counties on the peninsula and the coast,” Pantoja said. “We’re excited about the remodel, which will really highlight our finished crafts, with the floors, paint and glass. We’re in the process of working on a design with our architect. We’re definitely going to make the upgrade a sample of our industry.”

Nuanes said that a Local 12 member has already offered antique tools that could be part of a display case to showcase memorabilia and perspectives of the trades from bygone eras. The design process is still in the early phases, and, while nothing has been solidified, the remodel will likely involve the addition of an elevator to the current building, plus an upgrade to the ground-level parking area. There will also be ample space to hold union meetings and some journey-level classes.

“Our members are happy that we have our own hall, and it’s going to be a permanent thing,” said Local 718 President Nick King. “It’ll be a hub for all of our unions. It’s going to create quite a bit of work.”

That being said, King clarified that the project wouldn’t be a major undertaking that would create a construction boom. However, he said that all the trades, including the DC 16 crafts, will have a hand in the job.

“It’s definitely going to put hours into our members’ accounts as far as their healthcare and benefits and pensions,” said Pantoja. “We’re not tearing down the building — we’re just remodeling, so it really will highlight what we do besides new construction.”

One of the many advantages of the new dedicated space is greater visibility. Some might recall traversing the Bay Bridge into the city and seeing the Sprig Electric sign in full view, as the building is situated just adjacent to Interstate 80. Next year, drivers can expect to see a new DC 16 sign up in place of the iconic Sprig sign, putting the unions on full display for all bridge-crossers to see.

“Since we’ll be able to have large gatherings again soon, we’re excited to have the new space that will be able to accommodate it,” Pantoja said.

“It’s a really exciting time for us, and we’re looking forward to next year and the future,” Nuanes said. “District Council 16 is here to stay in San Francisco.”