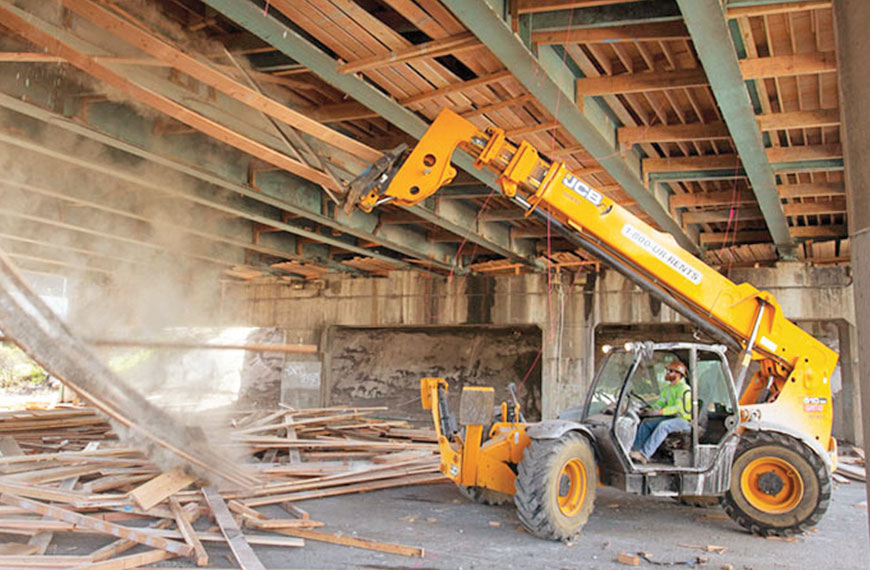 If It Clears the House, It’ll Become the Largest Federal Investment in U.S. History — and a Boon for the Building Trades

After four long years of empty infrastructure promises from the previous administration, the U.S. Senate passed Biden’s $1 trillion infrastructure bill on August 10 following months of negotiations to secure Republican support for the funding package. The bipartisan infrastructure framework deal still has to pass another hurdle in the House, but if it does, it’ll represent the largest federal infrastructure investment in U.S. history.

It’s an investment that’s long overdue. Neglected and crumbling roads and bridges throughout the country — along with sea-level rise in our coastal cities, towns, and communities — pose imminent threats that are costly to remedy. This sorely needed investment will start getting such things fixed, and not a moment too soon.

“The leadership of President Biden has seized this once-in-a-century opportunity to build back better for our country,” said Speaker of the House Nancy Pelosi in a statement on the bill’s passage. “This bipartisan package helps rebuild the middle class as it rebuilds our infrastructure, creating good-paying American jobs and turbocharging American competitiveness and growth.”

Laborers 261 Political Captain Vince Courtney Jr. said the Building Trades adopted a laser-focused advocacy approach in outreach to Congress to support the bill and ensure that extensive Davis-Bacon coverage was included. Davis-Bacon is a U.S. federal law that requires public works projects pay local prevailing wages to the tradespeople who work on them.

“The investments in the package will bolster our members’ economic well-being and rebuild our crumbling infrastructure for years to come,” Courtney said. “We must continue to advocate for immediate action on the bipartisan infrastructure framework so that Congress hears us — loud and clear — when we say that our members have waited too long for this once-in-a-lifetime bill.”

The infrastructure framework is designed to bolster small businesses and fuel a steady supply of union jobs across the country. Those jobs are geared to provide communities with sustainable transportation options such as transit and high-speed rail. This is also the largest federal investment in the nation’s bridges since the construction of the interstate highway system and the largest investment in public transit in history.

In addition, rural and disadvantaged communities would get an influx of electric vehicle charging stations under the proposal, which would entail the electrification of thousands of buses.

The funding would go well beyond transportation improvements by eliminating the country’s lead plumbing and service lines that continue to threaten children’s health. In addition, the legislation supports the creation of well-paying union jobs to tackle the legacy of pollution through cleanup efforts that advance environmental justice.

Energy systems buckling under the pressure of extreme weather events are set to become more resilient in the face of climate change and increasing cybersecurity breaches, with the expansion of renewable energy a top priority. The bill also proposes vastly narrowing the digital divide through the lofty goal of connecting every American with reliable high-speed internet access while driving down service prices.

With the many provisions for enhancing urban infrastructure, cities like San Francisco stand to reap robust benefits from the funding. As such, 374 mayors representing all 50 states and Washington, D.C., signed a letter supporting the bill’s passage.

“We are one step closer to a once-in-a-generation investment in our nation’s infrastructure,” said U.S. Conference of Mayors President Nan Whaley, who serves as mayor of Dayton, Ohio. “American cities cannot be expected to thrive with failing infrastructure and an aging transportation system, and we cannot solve the challenge of climate change by doing things the same old way. This plan will help communities prosper, create good jobs, and modernize our economy.”