Workforce Social Housing: A New Front in the War Against High Rents? 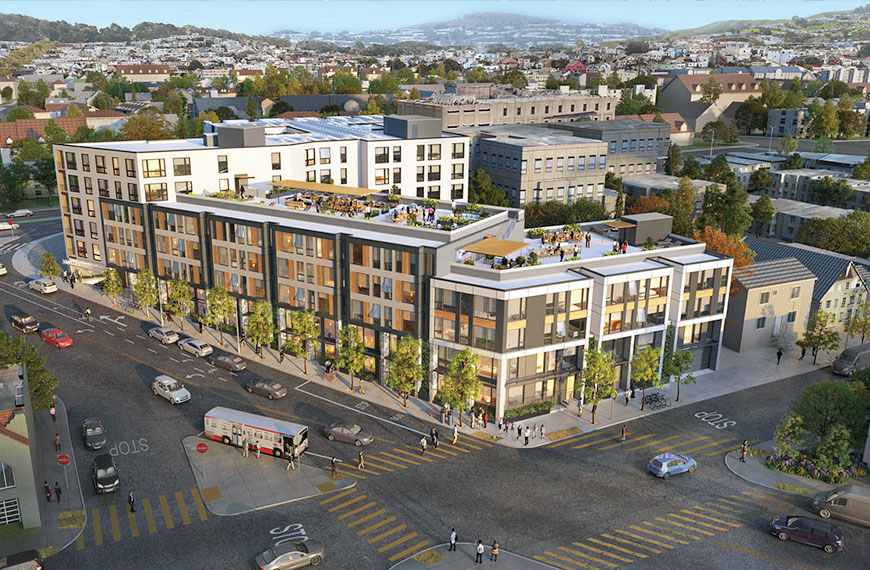 Social housing — public or nonprofit-managed housing that accommodates a mix of household income ranges — might be a new addition to the empowered union worker’s toolkit. The concept is gaining popularity thanks in part to the development of Ventana Residences.

The 193-unit residential development at 99 Ocean Avenue will have 25% of its units set aside for workforce housing.

Ted Chandler, senior managing director of strategic initiatives for the AFL-CIO Housing Investment Trust (HIT), said the trust is currently working with the developer, Presidio Bay Ventures. Together, the entities will market 48 units to union members.

“This project is being built with 100% union labor,” said Chandler. “It’s set to be completed by January 2023 and is financed with capital from union pension funds.”

Ventana Residences is the largest project of its kind in San Francisco.

“We have a goal similar to that of the San Francisco Unified School District, which is in the pre-development phase of building affordable educator housing,” Chandler said. “That’s Shirley Chisholm Village at the Francis Scott Key Annex in the Outer Richmond. We also want to add options for union members to live and work in the city.”

Peter Cohen, co-director of the San Francisco Council of Community Housing Organizations, said Ventana Residences is an example of success in a housing policy debate that often goes around in circles.

“Building and trades workers are commuting from the East Bay and Central Valley to work in the city,” Cohen said. “They also don’t have much say in the creation of affordable housing here. Projects like Ventana Residences create choices for union members interested in an urban-scale residence with a shorter commute.”

“An older small building with several Victorian railroad flats can be rehabbed,” he explained. “The city’s affordable housing programs include the robust acquisition of existing residential buildings to make housing affordable long-term. That strategy could also be viable for workforce housing for union members.”

“It would be helpful for union members to play a bigger role in housing discussions,” Lantsberg said. “Right now, they’re getting cut out — many members make too much to qualify for subsidized housing, yet they’re not making enough to afford housing on the open market.”

In San Francisco, affordable units are open to a household earning 50% or less of the city’s area median income. As of last year, this was roughly $44,850 for a single person.

Advocates for social housing are considering hosting an outreach and educational panel discussion in the city on the topic in October. Their work relates to discussions that the San Francisco Housing Stability Fund Oversight Board has been conducting about social housing. The board, which is under the control of the San Francisco Board of Supervisors, makes recommendations for the use of city funds to acquire land and construct and rehabilitate housing developments, and issue loans and grants.

Lantsberg is a member of the board and said that funds for social housing would come from Prop I, a 2020 measure that doubled the city transfer tax on real estate transactions above $10 million.

“San Franciscans agreed the city’s approach to meeting the demand for affordable housing was not enough,” he said. “The question now turns to how unions and the city can work together to give building and trades members a broader range of housing choices.”