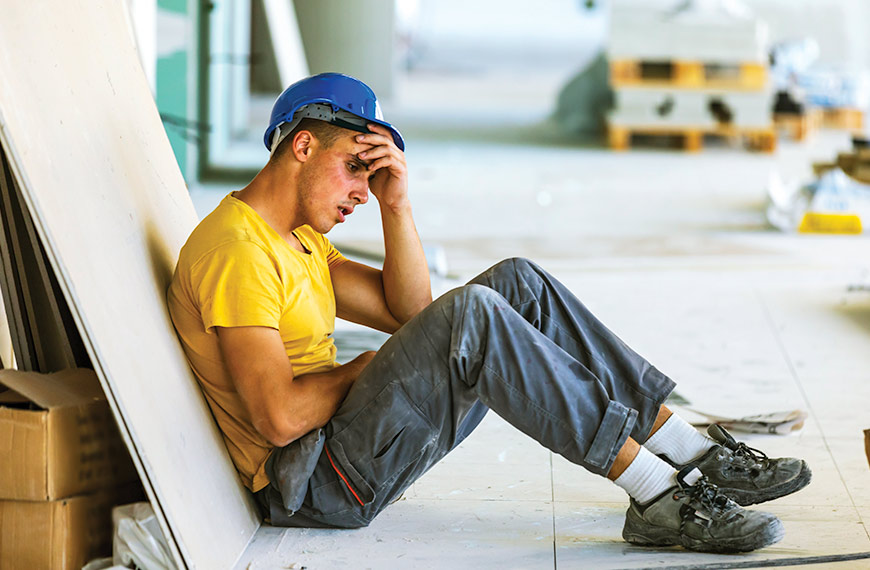 From Misclassification to Mistreatment and Beyond, Violations Are Becoming All Too Common

Wage theft, which can take many forms, is becoming a big problem for non-union San Franciscans who work in residential and commercial construction. But union workers aren’t immune from these exploitative practices, either. The pandemic has only made the problem worse, thanks to the many shutdowns, slowdowns, and lost opportunities suffered during the past 16 months.

Here’s the lowdown on what’s been going on, as well as what’s being done about it — and what you can do about it.

Abusing the System to Exploit the Undocumented

Undocumented immigrants are particularly disadvantaged because they are not eligible for stimulus payments and unemployment benefits. They are often some of the first people on the jobsite to be taken advantage of.

“We’ve been able to assist far fewer people than usual during the pandemic because we’ve closed the office to the public,” Haake said. “Still, we have been able to accomplish a great deal by way of the phone and texts, despite the fact that workers [often] lack computers and video conference programs like Zoom. Their attitude helps us work around the technology gap.”

In addition, there is no oversight or representation for non-union workers.

“Further, bad contractors often promise in their bidding paperwork that they will hire a certain number of city residents as workers on projects — that is not happening,” Beltran said. “The City of San Francisco and government agencies in general do not have enough staff for enforcement.”

Beltran said that AB 1003 follows in the vein of a similar bill that passed in 2017, AB 1701, which extends joint liability to general contractors for their subcontractors’ unpaid wages, among other obligations. It’s also in the spirit of SB 727, currently being reviewed in the State Assembly, which addresses labor-related liabilities as well.

Beltran said the NCCRC and other locals are also collecting and organizing evidence of illegal practices. Concerns include human trafficking for construction labor, minors being hired for construction jobs, and contractors and labor recruiters threatening to deport undocumented and documented workers.

“It takes a great deal of effort for a district attorney’s office to put together a case for prosecution,” Beltran said. “Labor unions are offering support, effort, and time to improve how all workers are treated.”

Fighting Predatory Employers: Who and How?

Tom Ryan, community services director at the San Francisco Labor Council, said local building and construction trades unions have committed to their union siblings without a safety net: “In 2020, building and construction trades councils and unions, in concert with the Alameda, Contra Costa, San Francisco and San Mateo labor councils, established a hardship fund to assist union workers who did not qualify for help from federal, state, or local sources. This fund distributed nearly $350,000 in food cards and rental assistance.

“Now we’re developing an additional rent payment assistance and referral program,” Ryan said. This program is meant to help union workers — often immigrants — who are without a safety net to catch up with rent payments before California’s eviction moratorium ends in September. Our goal is to avoid eviction for any union member.”

Ryan said that since Instituto Laboral de la Raza opened in 1982, the nonprofit has served nearly 17,000 individuals. He estimates that sometimes almost a third of Instituto’s clients, most of whom speak only Spanish, are construction workers coming to report wages being stolen in various ways at small and medium-size jobsites.

“We need more capacity to work with each one of these workers,” Ryan said. “We need to [improve our ability] as a society to stop predatory employers, with an emphasis on repeat offenders.”

Know Your Rights and Exercise Them

Alex Lantsberg, director of research and advocacy for the San Francisco Electrical Construction Industry, said the problems with residential construction contractors relying on non-union labor began in the mid-1980s.

“Before that point, virtually all mass-market residential construction was union-built,” he said. “The Savings and Loan crisis in the late 1980s and early 1990s was the tipping point. After that, large builders leaned into hiring subcontractors who hired non-union workers.”

Lantsberg said that it’s critical that the construction industry address wage theft to help all workers get paid in full and on time.

“Workers — especially undocumented workers — may feel scared to speak up,” he said. “They think they don’t have any recourse to being exploited. Unions can help by educating all workers on what rights they do have. Unions can also work with workers to make complaints and file lawsuits.”

Ken Jacobs, chair of the University of California-Berkeley Center for Labor Research and Education, said residential construction is like “the Wild West.”

“When you compare it with commercial construction, you see that residential contractors pay much lower wages, and illegal labor practices are common,” Jacobs said. “In San Francisco, residential construction includes more large, high-rise projects than suburban areas. Some [construction has] project labor agreements and are built with skilled and trained workers. Problems continue in many other [projects].”

Jacobs cited research reveals that when employers misclassify workers or pay them under the table, they defund and defraud government programs, including workers’ compensation, Social Security, and Medicare. Misclassification costs the state and federal government an estimated $3,000 per worker per year for every worker who’s misclassified.

Union labor in commercial construction represents the opposite side of the coin.

“Research finds that projects built with skilled and trained workers have fewer cost overruns,” Jacobs said. “They deliver a high-quality product in a timely manner. What labor unions have been able to achieve for workers and the community on commercial projects is a good model for residential construction. Then workers will be able to make a decent living.”