Adding Another Voice for Labor to the California Assembly 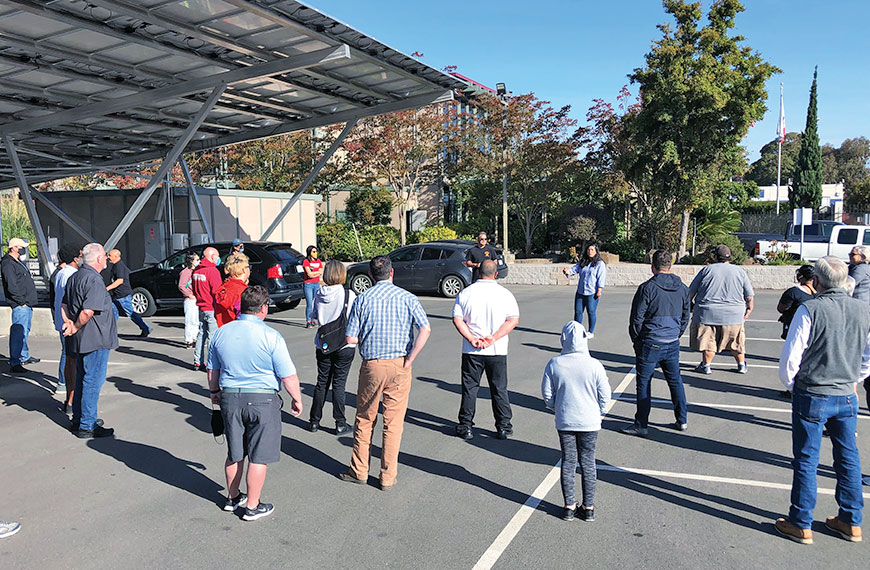 Since her election to Alameda City Council in November 2016, Malia Vella has become a voice for labor and the union movement in local politics. Now, with her run to represent California State Assembly District 18, she has her sights set on bringing that voice to a larger platform.

District 18 covers the central East Bay, specifically Oakland, but also encompasses the cities of Alameda and San Leandro. Of her bid for State Assembly, Vella said: “There are lots of people who might support labor, but there’s not going to be somebody who’s going to proactively go to working people and say, ‘How do I make your life better? How do we work together on these issues? What are you seeing on the ground?’

“I’m going to do that — and I’m going to make sure that we get things across the finish line, just like I have as a city councilmember.”

Even before her time as a city councilmember, Vella’s roots in her district ran deep. She was born at Alameda Hospital and grew up in Alameda and San Leandro. She left for the East Coast to study at Wellesley College but returned to the Bay Area to pursue a law degree from Santa Clara University. In 2014, she became public policy coordinator and in-house counsel for Teamsters Local 856.

As an elected official, she has carried through legislation ensuring that all publicly funded projects and all projects on public land in the city of Alameda are 100% union jobs.

It’s this prioritizing of labor that Vella wants to bring to the State Assembly as one of the only union card-carrying assemblypeople.

If elected, Vella would join District 80 Assemblywoman Lorena Gonzalez, who is one of these precious few staunchly pro-union state representatives. Gonzalez was CEO and Secretary-Treasurer for the San Diego and Imperial Counties Labor Council, AFL-CIO, and remains one of the only union members currently serving in the assembly.

“We hope and we pray that any elected Democrat will be pro-union,” Gonzalez said, “but where that lies in their priorities — in fact, with very few exceptions — is not their top issue.”

Gonzalez said that Vella actually understands how union affiliation and representation is tied to issues like economic equity, racial equity, and crime reduction.

“To understand that connection between union density and every other problem we may face, I think you have to come out of labor or be close to it,” Gonzalez said. “We need more people from labor running, so I’m excited Malia is doing it.”

“I have seen firsthand, in closed session, that if I wasn’t there to speak up, there was nobody there to speak up for us,” Vella said of her time on the Alameda City Council. So much work is done on the back-end of legislation, she said, and it is during those times that a voice for labor needs to be present.

“We have an opportunity here,” Vella said. As she sees it, we are at the moment when one generation that has run politics in California is giving way to the next. “So, this is really a unique opportunity to get somebody [into office] to have a couple years’ advance on the rest of the shift in generational representation,” she said.

But if voters don’t demand a new way of thinking — and a new set of priorities of the next group of legislators — the union movement won’t see its cause advanced in as meaningful a way as it could.

“I think we really need to jump on this opportunity to get a labor champion,” Vella concluded.

The special primary election for Assembly District 18 will be held on June 29, followed by the special general election on August 31. To register to vote, contact the California Secretary of State at (916) 653-6814.