What Happened When Local 261 Faced an Outbreak 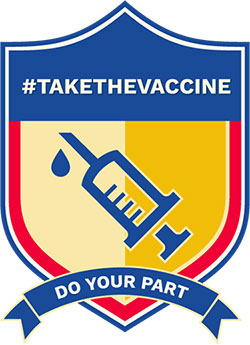 In early January, union representatives at Local 261 began getting reports of workers at a San Francisco Department of Public Works maintenance yard becoming sick with COVID-19. The Cesar Chavez Street Maintenance Yard, which runs 24/7 and sees some 500 employees shuffle in and out, was experiencing an outbreak. According to the union, as the virus spread, some 50-plus sanitation workers fell ill, but preventative measures were too little too late.

“We didn’t have the requirements [for the city to] tell the union until January 1,” Theresa Foglio-Ramirez, Business Agent for Local 261, told Organized Labor. AB 685, a state law requiring workplaces to report COVID outbreaks, changed things. “We’ve had meetings since then where [workers] have said, ‘Oh, no, there were, like, 70-something’” people who got sick, Foglio-Ramirez said. “We didn’t know anything about the cases.”

Nor did many of the workers. As Foglio-Ramirez told KRON:

So, Local 261 filed a Cal-OSHA complaint against the city.

The city disputes claims of the outbreak. “There were 29 reported COVID-19 cases among the entire Public Works workforce since Nov. 25, 2020, the start of the post-Thanksgiving surge, through February 2021,” Rachel Gordon with the Department of Public Works, told Organized Labor. “Based on contract-tracing investigations by workplace health and safety professionals, we have documented only one likely case of an employee transmitting COVID-19 to another employee.”

But the DPW workers were ineligible for doses of the COVID vaccine at the time, even though they routinely face biohazard threats on the job, perform essential duties for the city, and are unable to work remotely.

On February 24, San Francisco Mayor London Breed announced that DPW workers and other municipal roles would be classified as essential workers, and thus eligible for vaccination. The challenge now has been to vaccinate all staff.

“One of the challenges for our staff, as well as the general public, has been the inconsistency in vaccine distribution to each county,” DPW’s Rachel Gordon noted. “For example, we saw over the weekend [of March 6-7] that same-day appointments were available in Oakland and San Francisco.”

However, the previous day, March 5, Muni “was giving their drivers vaccination, and they had 40 extra slots left,” said Foglio-Ramirez. “So, we went around trying to scurry to get those 40 slots filled, and we did. We’re hoping we get some more vaccine doses, but we haven’t been given any codes or any special access.”

“Certain things are going to be baked into our protocols going forward, especially when it comes to health and safety,” Foglio-Ramirez concludes, adding that training will be key. “Our union has been fighting for over 10 years about infectious disease training. And now, here we are. So, a lot of these things, especially around health and safety and sanitation, that’s going to be a major focus.”