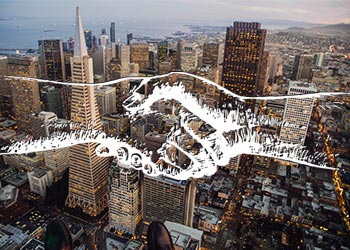 After over a year of negotiations between the Building Trades and City of San Francisco, a citywide PLA has been finalized. The legislation was approved by the Board of Supervisors (BOS) 11-0 in December 2018 and was subsequently signed by Mayor London Breed. Then in January 2019, the BOS issued an ordinance requiring the City Administrator to embark on negotiations with the applicable trade unions and arrive at a deal by September 2019. When a deal wasn’t reached by that date, the deadline was extended to December 1, and later into 2020.

“We’re incredibly proud,” said Tim Paulson, San Francisco Building & Construction Trades Council Secretary-Treasurer. “This took us five years and another year to negotiate the final document. I want to thank all the patient members of the negotiating team that the Building Trades assembled. This is a unique groundbreaking agreement for the public sector.”

During the last stretch of negotiations, the parties sorted out final details ensuring unions would be engaging in local hiring practices, integrating CityBuild programs and finding core employees for Local Business Enterprises. Although the milestone has been reached, a formal ceremony commemorating the historic PLA has not been scheduled due to the COVID-19 shelter-in-place order. The health crisis caused by the pandemic has resulted in the stoppage of many construction projects and will likely delay the start of many others.

Even prior to the final year of negotiations, the Citywide PLA had taken years of discussions between labor and city management. Supervisor Mark Farrell’s introduction of the PLA legislation in 2017 was followed by many rounds of lengthy revisions. Issues posing challenges included requirements for the percentages of apprentices and local hires as well as the determining constituents of a labor-management oversight committee and language around use of core employees by contractors.

A broad range of public sector projects will fall under the Citywide PLA. Construction, remodeling, seismic upgrades and modernization of city infrastructure and buildings such as fire and police stations, libraries, hospitals and public work projects will be covered. The workforce policy will require contractors who bid for Department of Public Works, Recreation and Parks, and other city departments to work under terms set by the collective bargaining agreements contained within the Citywide PLA. The agreement underscores the need for a highly skilled workforce to tackle critical jobs and that those workers are ensured competitive wages, health and retirement benefits.

On March 3, San Francisco voters approved Prop B, allowing $628.5 million to be spent on bolstering the city’s infrastructure in preparation for the next major earthquake. The measure contains many years worth of work for the Building Trades and will be covered under the Citywide PLA. The work will include replacing deteriorating cisterns, pipes, tunnels and facilities necessary to ensure that firefighters have access to a reliable water supply to put out multiple fires that could erupt simultaneously in the wake of an earthquake. The bond funds will also be put towards building a 911 Call Center and other public safety facilities.