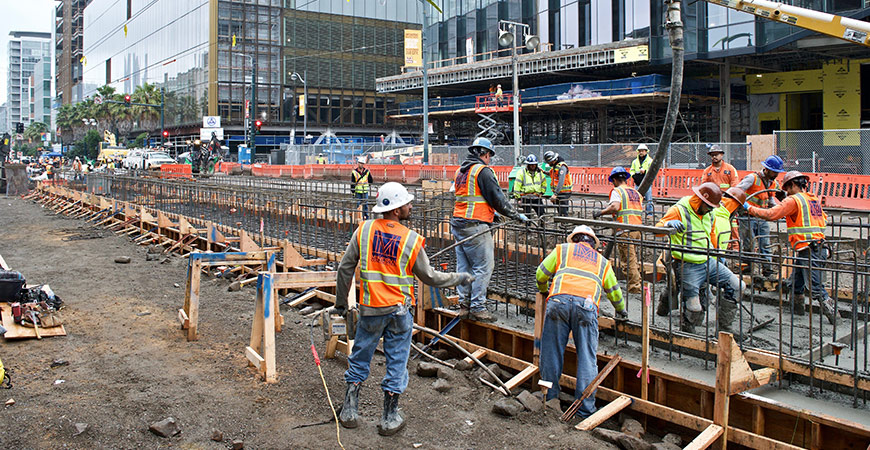 The year 2019 started with a ribbon cutting of the Moscone Center expansion, and included the opening of the greatest indoor arena in the world in Chase Center. With additional developments, more affordable housing coming on line and important public works projects, San Francisco continues to show why the city – and its workers in the building trades – are world-class. 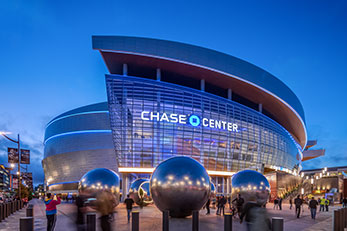 The Golden State Warriors’ Chase Center had its grand opening on September 6, over two and a half years after construction on the arena broke ground, and about a month prior to the first preseason game. The $1.4 billion project has supplied a world-class sports facility on a 4.25-acre swath of the Mission Bay neighborhood, featuring 18,064 stadium seats, publicly accessible plaza, 950 subterranean parking spaces and an array of bars and eateries. 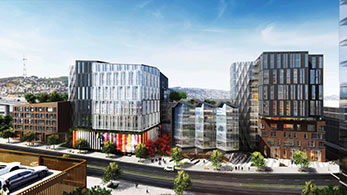 After making the largest lease in San Francisco history at the 1800 Owens Street office buildings in 2017, Dropbox began on an extensive renovation of the four-buildings’ 750,000 square feet. The work involved stocking the buildings full of amenities, opening up floor plans and adding rooftop decks to attract tech talent. Since the beginning of 2019, Local 12 Carpet, Linoleum & Soft Tile Workers with Hoem & Associates have been putting flooring into the office’s 32 floors for a finished product that rivals the highest quality flooring found virtually anywhere. 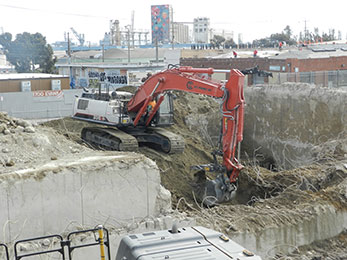 In phased implementation estimated to cost over $6.9 billion, the City’s Public Utilities Commission embarked on a number of infrastructure projects to improve sewer systems all over San Francisco. The project includes enhanced rainfall prediction, odor control, new pump stations and upgrades to wastewater treatment tanks. The SSIP is covered by a PLA, which has resulted in training and good jobs for local residents. The SFPUC along with CityBuild has brought in Bayview residents for work on the Headworks Replacement project. 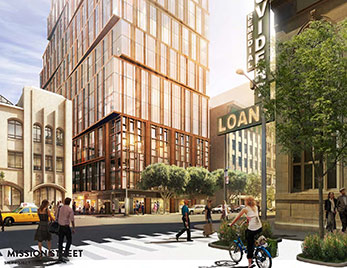 The 5M project broke ground in June on a four-acre parcel at the border of Midmarket and SoMa. The project is delivering a 288-unit apartment building on Mission with 57 affordable units, another residential building on Natoma with 400 units and a 630,000-square foot office building on Howard - all on formerly surface parking and vacant lots. Designated historical resources, the Dempster and Camelline buildings will be revitalized as part of the project to be utilized for publicly accessible open space, retail and dining. The first of two phases should be completed by 2021. 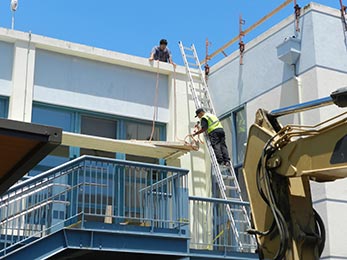 In 2016, voters approved $744 million in bonds to fund school modernization at several public schools with work on three major projects starting this summer. A PLA between SFBCTC and the school district guaranteed prevailing wages and benefits, with many union crews employed for the work. Among other projects, the bond funded seismic safety upgrades at George Washington High School and modernization of Harvey Milk Elementary School including classroom upgrades. 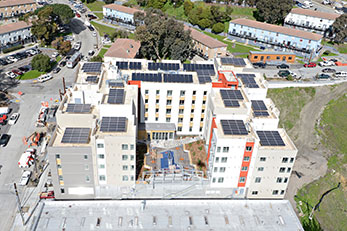 The City’s public housing revitalization initiative, HOPE SF, had its first building complete this summer. Potrero Block X located in the Potrero Hill neighborhood, offers 71 housing units within a 109,000 square foot building for existing public housing residents as well as other tenants who qualify based on income for the designated affordable units. The project is the first part of the master planned development, which at full buildout will yield 1,600 housing units, open space, a community center and 15,000 square feet of retail. 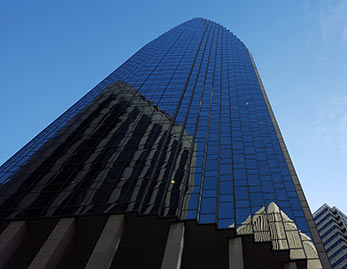 A plan emerged at the beginning of 2019 to revitalize many of the common areas of 101 California Street, one of the city’s iconic towers punctuating the skyline with 48 stories and 1.25 million square feet, originally built in 1982. The updates involved redoing the building’s glass lobby area with larger glass panels and a new plaza area. Modernization plans extended to the entire elevators systems, a job taken care of by Local 8 elevator constructors employed by Otis Elevator Company. 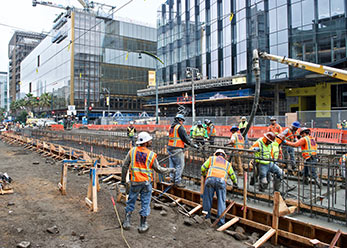 To accommodate the area’s housing, healthcare and retail growth along with the new Chase Center, SFMTA constructed a new central platform along Third Street between South and 16th streets for expanded transit service. Part of that work entailed realigning the Muni track between 16th and Mariposa Streets to accommodate the new platform. A crew of about 26 Local 300 Cement Masons worked long days on a tight schedule this summer pouring concrete to stabilize the tracks. 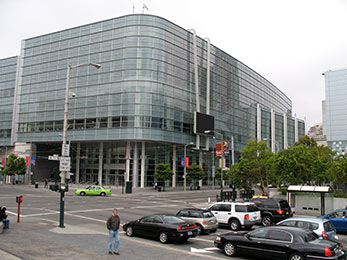 An extensive expansion project at Moscone North, South and West was completed at the beginning of the year. $551 million was poured into adding 350,000 square feet to the convention center, upgrading the interior of buildings, adding exhibition space, meeting rooms, ballroom space, a kitchen, pre-function space, enhancing audio-visual capacity and making everything ADA compliant. The project created over 3,000 construction jobs and will boost jobs for the 500 to 1,000 Sign and Display Local 510 members who work trade shows there. 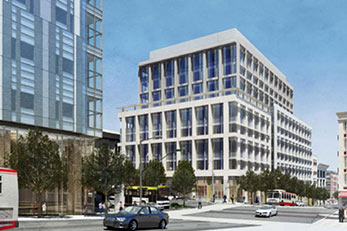 Earlier this year tenant improvement work on a new medical office building on Van Ness was finished. The nine-story, 253,000 square foot building is part of a larger development plan including the adjacent California Pacific Medical Center, a 740,000 square foot acute care hospital. Many union construction trades workers were employed, some of whom were brought on through CityBuild.