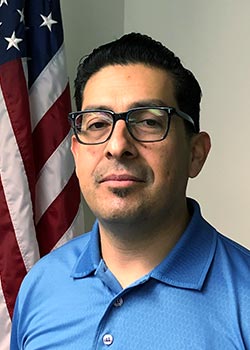 “I’ve been in union construction for over 20 years,” Pantoja said. “I’ve always been very involved with my union including as a recording secretary for five years and currently as a trust board member for our pension. I saw this position on the Bond Oversight Committee as an opportunity to be an even greater advocate for Labor.”

Pantoja now occupies the seat on the committee recently vacated by long-time building trades advocate and IBEW 6 member Kevin Hughes, who retired last year. The members of the Bond Oversight Committee generally meet on a quarterly basis and are responsible for “insuring that the city builds public facilities to the highest standards and that funds are spent in accordance with voter authorization.” The committee deals with bond programs related to recreation and culture; earthquake and public safety; streets and infrastructure; public health and housing.

The Citizen Oversight of Bond Expenditures ordinance was adopted by San Francisco voters in March of 2002, effectively establishing the Bond Oversight Committee to review bond expenditures and keep the public informed. The ordinance requires that three of the committee’s nine members be appointed by the Mayor, three to be appointed by the Board of Supervisors, two by the Controller and one member by the Civil Grand Jury. Members serve two-year terms with the opportunity to be re-appointed for a second term.

“I’ll bring my knowledge and experience to avoid unscrupulous contractors and developers from using tax payers’ dollars and making sure that our local residents benefit from those dollars, not people from out of state,” Pantoja said.

Pantoja plans to bring his background in managing fiduciary responsibilities for the Glaziers as well as his perspective as a hardworking community member to ensure that San Francisco residents are the beneficiaries of their tax dollars through the investment of quality public infrastructure. He comes from a line of California laborers, beginning with his grandfather, a farm worker who later ushered his family into the glass business. “Hard work is something to be very proud of and there’s a great value to it,” Pantoja said.