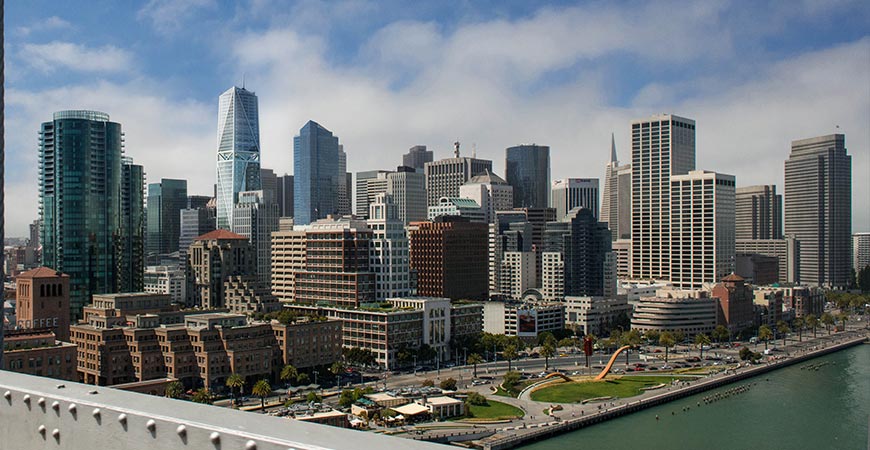 The construction highlight of 2018 was arguably the completion of the Salesforce Tower, now the tallest building in San Francisco. And the city added Park Tower and 181 Fremont; and 706 Mission is close to completion. But 2018 wasn’t all about skyscrapers. Continuing work on area schools and the sewer system highlight the use of public funds to make a better San Francisco; the Moscone Center got some improvements; and a new medical center came online. These make for world-class improvements for a world-class city, all by Union hands. 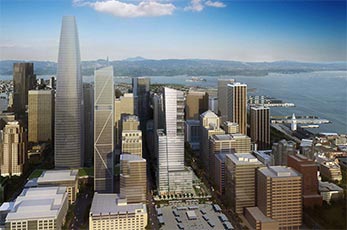 The 43-story office building in the Transbay Transit District made headlines when it leased the entirety of its available space to Facebook prior to its opening. It’s not surprising that the social media giant “liked” what it saw at Howard and Beale. The facility has proximity to 6,000 residential units and is surrounded by 100,000 square feet of retail with easy access to the future City Park, the Ferry Building, waterfront AT&T Park, Moscone Center, Westfield Shopping Centre, MoMA, Union Square and South Park. For more info, visit www.tjbc.com. 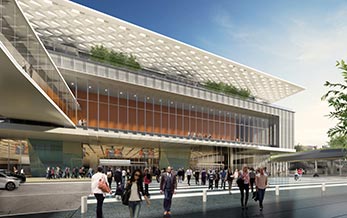 Designed to help keep San Francisco competitive in the national tourism industry, the $500 million expansion and renovation of the Moscone Center will make it an appealing location for conventions with an additional 305,000 square feet of exhibition space, a new meeting room and pre-function space, new ballroom space and support areas. There are also improvements being made to the surrounding streetscape area, making the Center more connected to the Yerba Buena neighborhood. 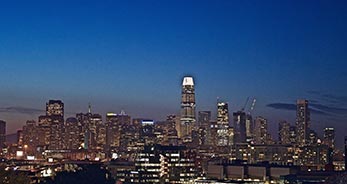 Salesforce Tower officially opened May 2018, eclipsing the Transamerica Pyramid for the position of San Francisco’s tallest skyscraper. The pinnacle of the 1,070 foot tower is capped by an art display made of LED lights, which flicker with imagery against the night sky. The 61-stories below offer 1.4 million square feet of space stocked with amenities and built with all union labor under a Project Labor Agreement. 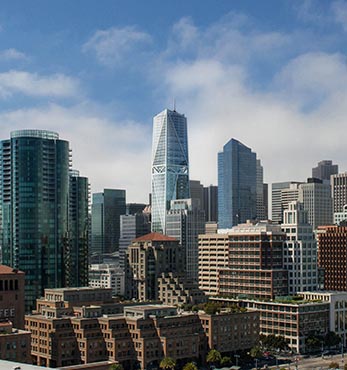 When it opened this spring, the $850 million mixed-use tower adjacent to the Transbay Transit Center took its place as the tallest residential building on the West Coast. Instantly filling up the first 34 floors with tech tenants, and with only 55 original owners, Park 181 is also billed as one of the most luxurious properties west of the Mississippi. The property’s three-bedroom penthouse sold for $15 million. 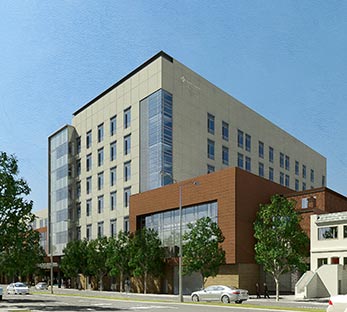 The first of CPMC’s two state-of-the-art, seismically safe hospitals, the new 120-bed hospital at St. Luke’s campus in the Mission, opened this summer. The new 12-story 740,000 square feet, 304-bed hospital on Cathedral Hill is nearing completion. Herrero Builders and The Boldt Company formed a partnership, HerreroBoldt, to act as the general contractor for Sutter’s CPMC hospitals. Construction of the two new hospitals will cost $2 billion and will employ up to 1,500 workers in the construction trades over the life of the project. 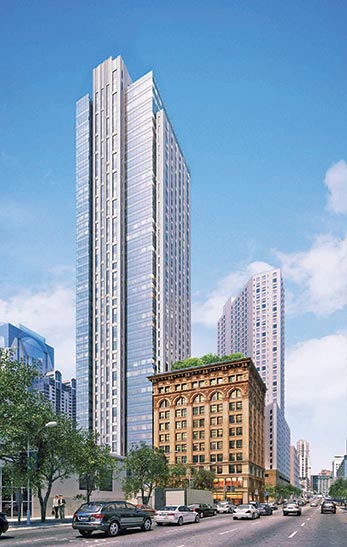 The 43-story, 480-foot tall residential tower at 706 Mission Street will feature 146 condominium units and 4,800 square feet of ground level retail and restaurant space. The project is designed to meet requirements for LEED Silver certification. Construction began in mid-2016 and is expected to take 36 months and be completed by early 2019.

The $140-million expansion of what was formerly called the Jewish Home of San Francisco will add 270,000 square feet to the facility that has served as a longtime home for senior citizens. The expansion of the campus will enable the facility to increase available services and also boost the number of residents and short-term patients from 374 to up to 1,326 people per day. Slated for completion in May of 2019, the project will add 115 assisted-living apartments and 75 memory care and assisted-living suites and modernize 230 skilled-nursing suites, 120 short-stay rehabilitation suites, and 12 behavioral health suites. 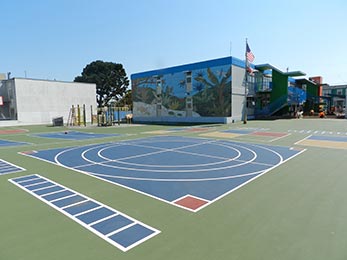 Several school modernization projects were completed this summer in time for the 2018 school year. Some are funded by the $531 million Facility Bond Measure passed in November 2011 to modernize 65 school sites and others by the $744 million bond measure passed in November 2016. Work on the 2016 bond funded projects began in 2017, with several more projects seeking bids over the next several months. Modernization work includes seismic upgrades, improving accessibility to comply with the Americans with Disabilities Act (ADA), and Fire/Life-Safety upgrades. Work is covered by a Project Labor Agreement between the Building Trades and School District that guarantees prevailing wages and union benefits. Many of the projects are being built by all-union crews. 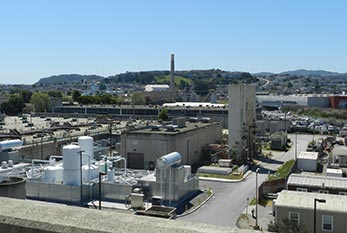 The San Francisco Public Utilities Commission’s (SFPUC) Sewer System Improvement Program (SSIP) is a multi-billion dollar, 20-year capital investment that will build a healthier, more reliable and seismically-resilient sewer system. Work includes sewer line and pump station upgrades, developing sustainable methods to manage stormwater, and modernization and seismic upgrades to waste water treatment facilities. The SSIP includes 70 projects; to-date, six have been completed, 10 are currently in construction and many more are in the pipeline, so to speak. Western Water’s work at the Southeast Wastewater Treatment plant includes tunneling and shoring, installing new pumps, underground pipes, hydraulic water-tight doors, and new bulkheads and construction of a new building for electrical control systems. Webcor is the General Contractor for the Southeast Wastewater Treatment facility’s Headworks and Biosolids Digester. A & B Construction is the general contractor for the Mission Bay Corridor project along Illinois Street near Third. Thousands of construction jobs will be created on the SSIP projects, which are covered by a Project Labor Agreement. 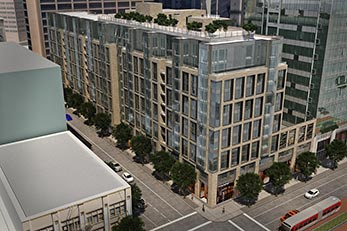 Emerald Fund’s 13-story apartment building at 150 Van Ness was completed this spring. The 420-unit complex includes 9,000 square feet of retail space and one below-grade parking level. The 450,000 square-foot building is cladded in curtain wall and terracotta panels. The National Electrical Benefit Fund (NEBF) is an equity partner in the project, investing funds from the International Brotherhood of Electrical Workers’ union pension fund. The building will meet Green Point standards with efficient energy systems for lighting, mechanical, and water usage.