Election Day Results in a Win for Labor 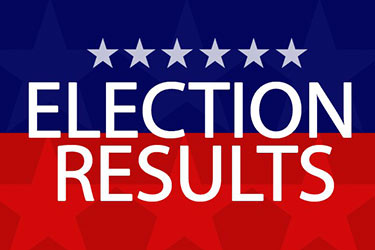 With what will likely be a historically significant midterm election in the rearview, votes are still being counted in many key races across the country. Locally in San Francisco, the ballot was filled with five seats on the Board of Supervisors, a position on the BART Board of Directors and three spots on the School Board. Stakes were also high with ballot initiatives that will impact the city’s readiness for sea level rise and earthquakes as well as the future of transportation and housing. Although the final results are not yet in, many of SFBCTC’s endorsements faired well, a promising outcome that may help spur the passage of a citywide PLA, boost the minimum wage and advance educational opportunities for the trades.

All candidates vying for seats on the Board of Supervisors endorsed by the San Francisco Building Trades Council either won on Election Day or were holding clear leads, as ranked choice votes were being tabulated.

In District 4, SFBCTC’s first choice, Gordon Mar, declared victory after opponent Jessica Ho conceded. Mar is executive director of Jobs with Justice San Francisco, where he worked to increase the minimum wage, worked with the San Francisco Labor Council to develop and pass the 2014 SF Retail Workers Bill of Rights, and helped lead a community and labor coalition campaign to save City College of S, making it tuition-free for all San Francisco residents.

In District 6, SF School Board President Matt Haney won with 57 percent of the vote. He gained the sole endorsement of the Building Trades in District 6, where three candidates ran to replace termed-out Supervisor Jane Kim, who also endorsed Haney.

In District 8, the Building Trades Council’s endorsed candidate, incumbent Rafael Mandelman was elected with over 90 percent of the vote in the two way race. A former member of the San Francisco City College Board of Trustees, Rafael Mandelman defeated appointed Supervisor Jeff Sheehy in the June Primary to complete his term. As a CCSF Trustee, he helped steer CCSF through its accreditation crisis and make City College free for San Francisco residents. Mandelman supports a citywide project labor agreement, expanding shop classes in San Francisco public schools and building more workforce housing.

In District 10, endorsed candidate Shamann Walton was leading five other candidates with 42 percent before final RCV tabulations. Walton is the Executive Director of Young Community Developers (YCD), a non-profit in Bayview-Hunters Point, where he led efforts to establish job training, career placement and rental assistance services for residents. YCD has placed thousands of District 10 residents in construction jobs and building trades unions. As a School Board member, Walton fought for resources to restore shop classes and supported the PLA for SFUSD projects. He said as a Supervisor, “I will be laser focused on making sure the current PLA ordinance introduced by former Supervisor Mark Farrell passes.” Walton said he would expand the city-wide PLA “across all industries in San Francisco so that our residents can continue to stay and thrive in this City.”

Mar, Haney, Mandleman and Walton are considered progressives and may help solidify a progressive majority on the Board of Supervisors, potentially putting the Board at odds with Mayor London Breed, who’s considered a moderate. They also support measures and policies that the Mayor, the Building Trades, and labor in general favor, such as developing workforce housing and enacting a citywide PLA.

Janice Li, advocacy director for the San Francisco Bicycle Coalition, was elected to the BART Board of Directors in District 8, covering San Francisco’s West Side. The San Francisco Building Trades Council had co-endorsed Jonathan Lyens and Melanie Nutter. Lyens finished fifth in the field of six candidates, with 12.5 percent; Nutter finished third with 18.3 percent. Li received 30 percent of the vote.

While she was not the endorsed candidate of the SFBCTC, Li did express support for building trades unions when interviewed in September. She said as a poor working class woman, she understood the importance of public transportation. “Mobility is a human right; it defines us,” she said. Li said she wanted to expand jobs for union workers, and turn BART’s surface parking lots into sites for affordable housing built with union labor. She said she supports expanding the project labor agreement between BART and the Building Trades Council to cover work “across all projects,” including housing on BART properties. “I will make sure bond funds go to union jobs, and are not contracted out,” she said. She said she absolutely supports the rights of BART workers to strike.

Alison Collins, Gabriela Lopez and Faauuga Moliga were elected to the San Francisco Board of Education, where 19 candidates ran for three open seats on the Board. San Francisco Building Trades Council delegates interviewed 10 candidates in September, and endorsed Moliga, along with Monica Chinchilla and Michelle Parker.

Moliga said he is highly supportive of expanding shop classes in high schools as well as middle schools, and wants to see better enforcement of compliance with the School District PLA. His platform includes prioritizing mental health, creating community-based schools and supporting educators. He said he “stands with our educators and will fight to ensure they are the highest paid in the country” and “will push for a living wage package that supports the daily needs of our educators such as transportation, water and electric, food, child care, and rental assistance.”

“We have to be accountable to the workers,” Moliga said. “Unions protect workers and are under attack.” He was also endorsed by the San Francisco Labor Council and United Educators of San Francisco (UESF).

Collins is a former teacher who won the backing of the teachers union, UESF. She supports expanding shop classes, and noted that the existing shop program, “is kind of under the radar.” She said, “Career Technical Education programs are invisible for most families” and would form partnerships with labor organizations to work to promote and expand them to increase opportunities for high school students. Collins said she supports extending the school district PLA. “A project labor agreement is important,” she said. “It is good for cities and schools, and sets a standard.” She said she would work to enforce compliance with the PLA. “We have lots of policies we don’t follow,” she said. “We need to make sure policies we have are actually happening.” Collins said she would work with the building trades and be accessible..

Collins worked with other parents and educators to get additional resources for schools in underserved communities, including $1.9 million for renovations at Carver Elementary School in Bayview.

Lopez is a public school teacher in the Mission who has worked as an educator for 10 years and serves as a union representative at her job site. She said she wants to see better enforcement of the SFUSD PLA. “We have to make sure we have transparency, and follow through,” she said. She said she supports expanding shop classes. “We have college fairs,” she said. “We also should have trade fairs, so students have all kinds of opportunities.”

Annual transportation funding saved with the defeat of Prop 6

in bonds to fund Seawall project by passage of Prop A

San Francisco overwhelmingly passed Prop A, the Strengthen the Seawall for Earthquakes and Disasters measure endorsed by the San Francisco Building Trades Council. The $425 million bond measure put forward by the Port of San Francisco will fund “construction, reconstruction, acquisition, improvement, demolition, seismic strengthening and repair of the Embarcadero Seawall and other critical infrastructure.”

Construction would begin in 2022, with the first phases of seismic upgrades targeted for completion by 2026. The Seawall Earthquake Safety Program will create tens of thousands of jobs over the scope of the program, according to the Port, which will work with the Office of Economic and Workforce Development to encourage employment for San Francisco residents, including First Source Hiring and Local Hiring. As a recipient of public funding, the project will be subject to prevailing wage requirements.

According to the Port’s report on the Seawall program, initial concepts for upgrading the seawall include repairing sections that have deteriorated, strengthening the weak soils below and behind the Seawall, driving piles or drilling large shafts to support the wall, and building an entirely new Seawall. The first phase of the project will address the most critical life-safety upgrades; other improvements include constructing new Seawall segments, strengthening or replacing bulkhead walls and wharves along the Embarcadero Promenade and relocating or replacing critical utilities.

Full infrastructure improvements along the waterfront could cost up to $5 billion, with immediate upgrades to the seawall costing over $500 million. Additional funding will come from a mix of federal, state, local and private sources. Congresswoman Nancy Pelosi announced in June that the U. S. Army Corps of Engineers would do a feasibility study to determine how much federal funding would be needed for the seawall project, which According to the San Francisco Chronicle, could mean hundreds of millions of dollars.

Earlier this year, the State Assembly passed David Chiu’s AB 2578, which would generate an estimated $55 million in the first ten years of the Seawall Earthquake Safety Program and $250 million over the lifetime of the program. “Sea level rise and earthquakes are real threats to San Francisco’s waterfront and downtown core,” said Assemblymember Chiu. “Strengthening the Embarcadero Seawall will safeguard us against potential flooding that threatens the future of our city and region. While the federal government only talks about infrastructure, the State of California can be a partner as we work together to rebuild this crucial asset.”

The SFBCTC did not take positions on Props B, C, and E, but opposed Prop D.

Prop C, a measure to fund homeless services by increasing the business taxes of companies with gross annual receipts totaling $50 million, passed with 60 percent of the vote. On November 7, the San Francisco Chronicle reported that, “… Controller Ben Rosenfield sent a letter to Mayor London Breed and the Board of Supervisors indicating that the city won’t spend the hundreds of millions of dollars Prop. C would bring in annually until a prickly legal dispute is resolved. The tax money will be collected, but it will sit in reserve.” At issue is a pending lawsuit filed by the Howard Jarvis Taxpayers Association seeking to invalidate the San Francisco Universal Childcare for All initiative passed in June. The lawsuit contends that local measures to raise taxes must receive a two-thirds majority and not just a simple majority, as June’s Prop C and November’s Prop C did. While some have expressed optimism that the lawsuit will fail and funds will be available, for now the City has put the spending measures on hold.

Of all the statewide propositions, Proposition 6 had the greatest potential impact on the building trades. The ballot measure would have repealed the gas tax allocating funding for transportation projects, costing significant jobs. Prop 6 was defeated 55-45.