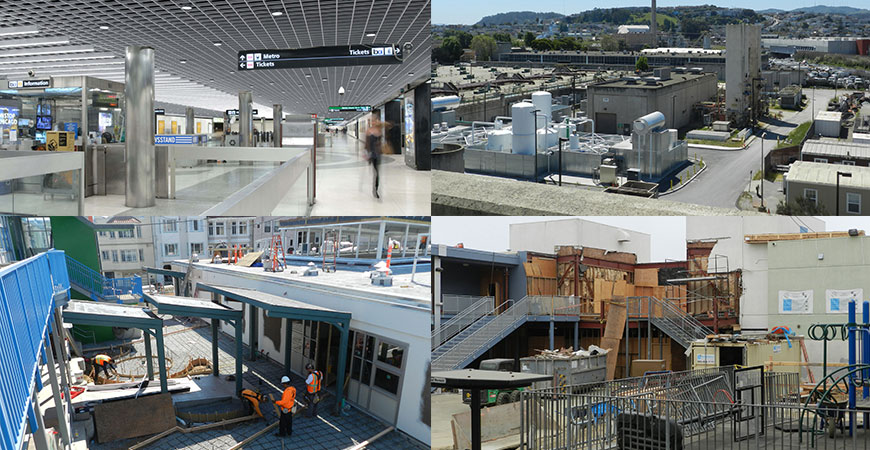 The San Francisco Board of Supervisors at its June 5 meeting tabled an item calling for a hearing of the full board planned for June 12 on a citywide Project Labor Agreement. The ordinance has since been tentatively scheduled to be considered at the June 20 meeting of the Government Audit and Oversight Committee. If passed by the Government Audit and Oversight Committee, the measure would then proceed to go to the full board. The proposed ordinance would amend the Administrative Code "to require a Citywide Project Labor agreement applicable to certain public work or improvement projects with projected costs over $1 million or where delay in completing the project may interrupt or delay services or use of facilities that are important to the City's essential operations or infrastructure."

During the public comment part of the meeting, several representatives of Local Business Enterprises (LBEs) and minority owned businesses expressed concerns that minority owned contractors would be excluded from the PLA and lose work. Some non-union contractors spoke in opposition to the PLA and called for the interests of minority contractors to be considered and the process to be slowed down. A representative of the anti-union Association of Builders and Contractors (ABC) repeated the organization's discredited talking points that project labor agreements harm communities.

San Francisco Building Trades Council Secretary-Treasurer Michael Theriault said he was glad to hear the ABC representative speak and reveal she had met with some supervisors. "That is a national organization that gives a 100 percent legislative record to Jeff Sessions and a zero percent record for Nancy Pelosi," Theriault said. "I think that gives a cast to the opposition to this particular policy and the fear mongering you are hearing." Theriault pointed out that a project labor agreement policy does not exclude small contractors, minority contractors, or women contractors. "I have provided almost all of you with materials that show that amply," Theriault said. "You know that [the claim that PLAs discriminate] is simply untrue."

On the subject of a threshold for triggering a PLA, currently set at $1 million, Theriault said, "We have met for months with the City Administrator asking for specific issues that might be exclusionary toward small contractors in a Project Labor Agreement, and we have heard virtually nothing in that regard. The policy you have before you incorporates many movements by us in the direction of the City Administrator and others to try to address the concerns we could identify. I want to assure the small contractors that are here that we will work with them." Theriault said fees paid by contractors under the PLA do not go to the unions but towards health care and retirement benefits for the workers. "That is what we in unions stand for and what we ask you to stand for, and we don't think that has to be done at the expense of small businesses," he said. "We can work together and profit."

Sprinklerfitters Local 483 Business Representative Tony Rodriguez said his union is active in all nine Bay Area counties and has worked through project labor agreements initiated by public agencies, private developers, contractors or unions. "The point is they work," he said. "And people keep coming back to do them. If they didn't work we wouldn't still be doing them." Rodriguez pointed out that several supervisors rallied with the building trades in support of construction workers and a PLA many months ago. He said the process was not being fast-tracked. "We could have done this already, but the City Administration wanted to wait, so we waited," he said. "We are not fast tracking." He pointed out that 31 of the union's 35 signatory contractors were started by workers who decided to go into business for themselves and decided to stay union. "So when I hear about small contractors or small businesses, we have LBEs. It works; it's about protection for the workers," Rodriguez said. "I think anybody who is against the PLA is about wanting to continue to abuse and take advantage of the workers. I think everyone here said they were for protecting the workers when we first presented this."

IBEW Local 6 Business Manager Jon Doherty addressed the comments of opponents of the PLA. "IBEW 6 and our apprenticeship program for inside wiremen alone has more female apprentices than the ABC and WECA [the Western Electrical Contractors Association] have in California – just in San Francisco." Doherty said the union reaches out to the community to recruit apprentices and help them. "We do work with the community. We are the community. Our workers are," he said.

Building Trades Council president Larry Mazzola, Jr. said he had heard the complaints that the PLA was being pushed through too fast. "Nothing could be further from the truth," he said. "We have been working on this for a year and a half, and held multiple meetings." He said some of the people speaking against advancing the PLA were in those meetings. Mazzola said the building trades have made concessions and listened to the concerns of small business owners to hear what their problems are. "We wanted to make sure everybody was heard," he said. Mazzola said he agreed that people of color need to be included, and that they are now being exploited and need their voices to be heard. "They need more opportunities, and the opportunities come through the PLA and the apprenticeship programs," Mazzola said. "This PLA is about San Francisco workers – union and non-union alike – to make sure they are getting what they are supposed to be getting by law. The small businesses can still prosper under a project labor agreement – it has been done at the school district, it's been done at the PUC."

SFBCTC Business Agent Tim Paulson said as former Executive Director of the SF Labor Council, he had followed the PLA issue. "This has been in committee for over a year, with many amendments," Paulson said. He said the Labor Council is 100 percent in support of the PLA.

Supervisor Sandra Lee Fewer said she was a strong supporter of labor and was proud to have authored a PLA for the San Francisco Unified school district as a former board member, but questioned why the legislation was being pushed through for a vote, saying more discussion was needed in committees before the ordinance goes to the full board. She said she had heard serious concerns from dozens of small businesses and urged Supervisors to vote against the proposed PLA ordinance and allow for further discussion in committees.

Supervisor Aaron Peskin said he shared Ms. Fewer's concerns but wanted to pass a PLA sooner rather than later, adding that the process of enacting the PLA had dragged on for too long. "I want to pass a PLA, I want to pass it quickly," Peskin said. "I think it is right that it happen in committee."

Supervisor Ahsha Safai said there have been meetings with local businesses, building trades and city department heads. "There has been progress," he said, noting that the building trades had made significant concessions. He said meetings were continuing with various stakeholders. Safai said he supported a PLA and respected the work of small local businesses and wanted to put the interests of workers first.

Sheet Metal Workers Local 104 Business Representative Danny Campbell said the action showed that building trades unions have many women and minority members. Campbell said fourth year SMW Local 104 apprentice Yanzhen Huang, a San Francisco resident and a graduate of City Build, told the Supervisors that a Citywide PLA would ensure that City-funded work would go to residents like her.

Raushaun Johnson, a Sheet Metal Workers' Local 104 journeyman, told Supervisors that before he joined Local 104, he was cheated by non-union contractors on City-funded projects and that a Citywide PLA would help prevent this from happening to other workers.