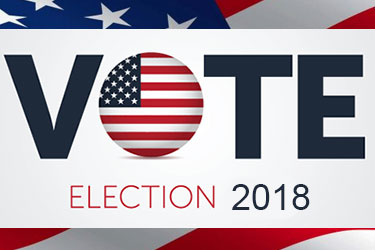 If approved by a majority of voters in Alameda, Contra Costa, Marin, Napa, San Francisco, San Mateo, Santa Clara, Solano and Sonoma Counties, Regional Measure 3 (RM 3) would allow a $3 bridge toll increase over the next seven years for all seven state-owned bridges in the Bay Area. The measure would raise $4.5 billion for transportation capital improvements and help solve some of the Bay Area’s growing congestion problems. RM 3 would raise tolls by $1 beginning Jan. 1, 2019. Tolls would rise by another $1 in January 2022 with another $1 increase in January 2025. This would mark the first toll increase on the seven state-owned bridges since 2010.

If approved, Proposition A would authorize the San Francisco Public Utilities Commission (PUC) to issue revenue bonds for facilities needed to produce and deliver clean power. It would allow the PUC to incorporate solar electricity, storage and electric vehicle chargers, and help reduce greenhouse gas emissions and air pollution. The bond funds cannot be used to finance construction of power plants that generate electricity using fossil fuels. It requires a two-thirds majority to pass.

On March 15, Supervisor Ashsa Safai told SFBCTC delegates that the additional revenue would be targeted for housing not already funded through other means – including middle class workforce housing. Safai said funds could be used by the City to buy and renovate existing housing units and partially subsidize housing costs for residents earning between $70,000 and $150,000 annually.

SF Building Trades Council Secretary-Treasurer Mike Theriault said the City owns a plethora of land, including parking lots, which could be sites for affordable and middle-income housing. Since public money would be used on construction and renovation, prevailing wages would be paid on the projects.

Prop. F would require the City to establish, fund and operate a program to provide full legal representation for any residential tenant in San Francisco facing an eviction lawsuit. The City currently provides some tenant services, including tenants’ rights education and counseling and free legal representation for a limited number of tenants facing eviction. The cost for the new program would be between $4.2 and $5.6 million annually.

The School District could use the funds for the following purposes only:

Proposition I: Relocation of Professional Sports Teams – Vote NO

Prop I would set a local policy declaring that San Francisco would not invite or encourage owners of professional sports teams to relocate teams to San Francisco that have been established and profitable in other locations for over 20 years. It is backed by the Mission Bay Alliance, which fought the construction of the new Golden State Warriors arena in the city.

The SFBCTC delegates made no recommendation for Propositions B, C, and H but could revisit Prop C.

Proposition B: Restriction on Board and Commission Members Seeking Office – neutral

Proposition B requires members of boards and commissions to forfeit their seats upon filing for local or state office during their tenure as board members or commissioners.