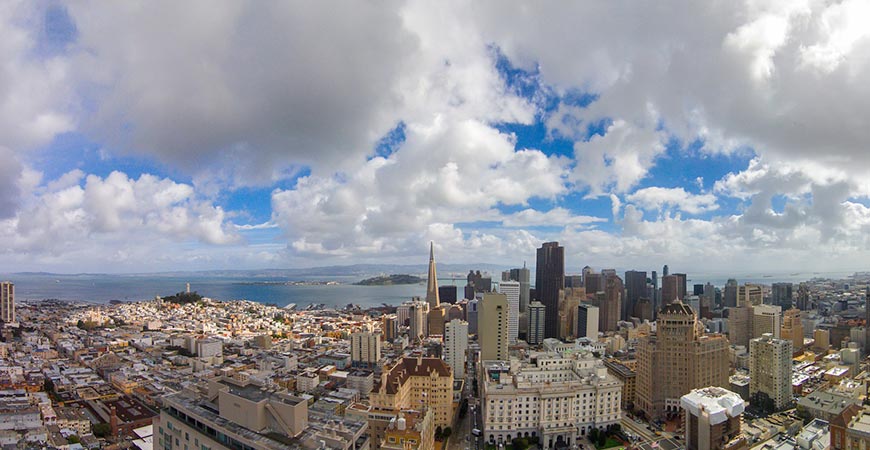 The Best of What’s Ahead

What the city of San Francisco has cooking to come on line in the coming years is quite remarkable. From a world-class arena and world-class medical facilities to a long-needed addition to the Golden Gate Bridge and the second tallest building in the city, there’s plenty to be excited about.

The 274,000-square foot $357 million Joan and Sanford I. Weill Neurosciences Building will become the headquarters for the UCSF Weill Institute for Neurosciences and should be completed by 2020. The UCSF Center for Vision Neuroscience will consist of three wings – a 12-story tower, a five-story building and a three-story building with a rooftop garden – and should open in late 2019. The nearly 180,000 square-foot $275 million Precision Cancer Medicine Building will be a regional destination cancer treatment center once it opens in 2019. These three buildings continue the remarkable growth of UCSF in Mission Bay, with more to come. 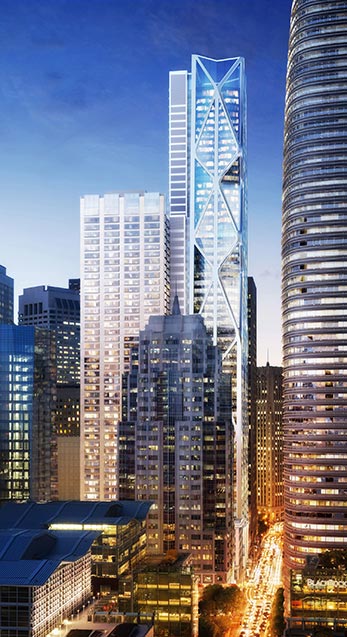 Oceanwide Center, which will ultimately be the second tallest building in San Francisco, broke ground last December. The project will consist of two towers and two historic buildings with 265 residential units, 1 million square feet of office space and a 169-room hotel. The residential units will occupy a 910-foot-tall tower, second only to the 1,070-foot Salesforce Tower. This is another companion to Salesforce Tower and another key addition to the growing Transbay District. Oceanwide Center is scheduled to be completed in 2021. 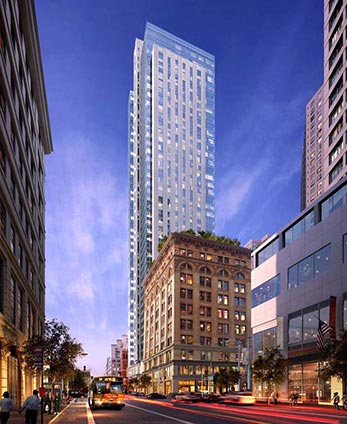 The story here is that the Mexican Museum finally gets the home it deserves, and the historic Aronson Building gets new life. The 706 Mission St. project features a 43-story, 480-foot tall residential tower, in which the Mexican Museum will occupy the first four floors. The condo tower will be connected to the historic Aronson Building at Mission & Third streets, which will get restored and rehabilitated. 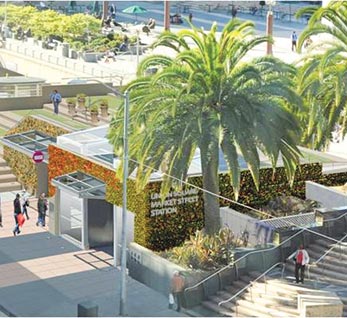 Once completed, the new $1.6 billion Central Subway will run from 4th and King streets to Chinatown, with stops in South of Market and Union Square. By providing a direct, rapid transit link between downtown and the existing T Third Line route on 3rd Street, the Central Subway expects to vastly improve transportation to and from some of the city’s busiest, most densely populated areas and provide a key piece in the completion of the city’s transportation infrastructure. Four new stations will be built along the 1.7 mile alignment - Chinatown Station, Union Square/Market Street Station, the Yerba Buena/Moscone Station and the 4th and Brannan Station. In 2017, major excavation ended at the future sites of the Yerba Buena/Moscone station and the Union Square/Market Street Station. The Central Subway is expected to open in 2019. 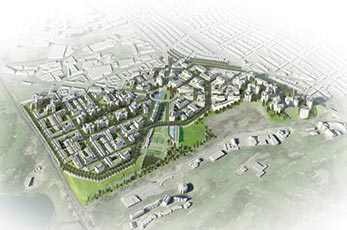 After many years, there will be a major contribution by the City’s West Side to meet the area’s dire needs for housing. At 152 acres, Parkmerced is the largest urban multi-family development in California with more than 3,000 apartments and 10,000 residents. In a major overall that will last 20-30 years, nearly 5,700 new housing units will be built. The project will also include a number of affordable housing units, office space and outdoor space, transforming this neighborhood on the southwestern edge of San Francisco. 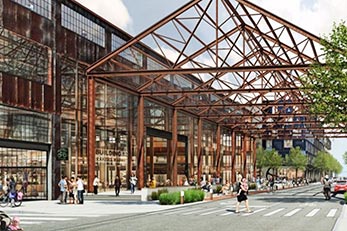 The days of an industrial shoreline dominated by vacant buildings are numbered. 2017 saw the first phase of construction begin in what will be a lengthy and far reaching redevelopment of the city’s San Francisco’s 28-acre Pier 70 site. Over the course of the next 10 to 15 years, the area will see the addition of between 1,100 and 2,150 new residential units at all price levels; up to 1.75 million square ft. of office space, up to 445,000 square feet of retail, light industrial and arts and nine acres of waterfront parks. The project will require more than $150 million in infrastructure improvements. The redevelopment of Pier 70’s Historic Core, a separate six-acre project, is already underway. 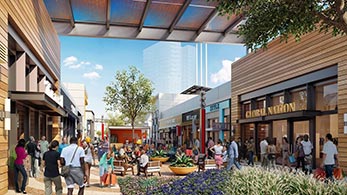 The building of the retail portion of the Candlestick project is a major step in the long development of Candlestick and Hunters points. Also known as blocks 6a and 8a, the buildings are to be seven stories high with 255 condominiums and 30,000 square feet of ground floor retail. This stage of the Candlestick project is scheduled to start in the fall of 2018 and wrap up at the end of 2019. The overall redevelopment of Candlestick and Hunters points will take up to 30 years and add 12,000 new homes. 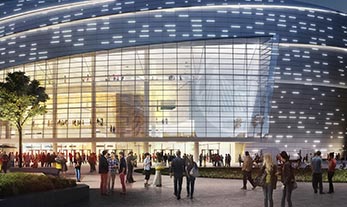 The new home for the perpetual World Champion Golden State Warriors basketball team will be the kind of project that builders will show off to their family members and friends for the rest of their lives. The Chase Center will seat 18,000 fans, and will include a 35,000 square-foot public plaza, waterfront park, surrounding offices, restaurants and cafes on 11 acres. Construction has begun, and the vertical steel is in place. The arena is on track to tip off the start of the Warriors’ 2019-2020 season. 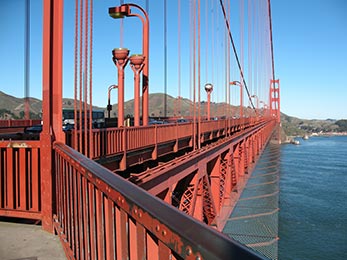 Preliminary work has begun on the $211 million suicide prevention net which aims above all to save lives, but also to remove any taint from appreciation of one of the world’s modern wonders. With more than 1,600 suicide attempts in the bridge’s history, many have long championed the need for a life-saving net. The project, a joint effort between multiple public agencies, calls for the installation of the equivalent of seven football fields of stainless steel wire netting along the struts of the1.7-mile bridge. The net will be located 20 feet down from the sidewalk and extend 20 feet out, over the water. Built over four years, the project is expected to be completed in 2021. 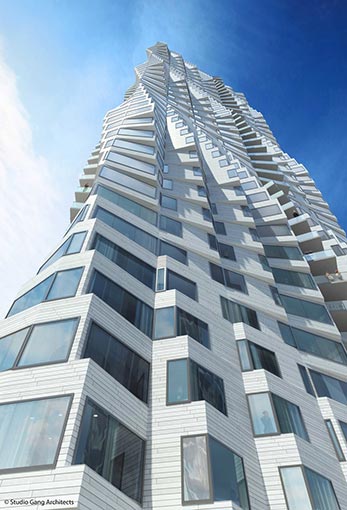 Union member insurance provider and investor Ullico invested a total of $206.5 million into what will be an architecturally significant façade in the South of Market neighborhood near the Transbay terminal and the Bay Bridge. At its expected completion in 2019, the 39-story tower will have 391 units (40% of which will be below market “affordable housing”) and nearly 10,000 square feet of retail. Ullico’s investment means the creation of more union jobs to help strengthen the local economy.