National Hispanic Heritage Month (HHM), which is celebrated annually from September 15 through October 15, is wrapping up as I write this column.

HHM’s origins lie in National Hispanic Heritage Week, which was established by Congress in 1968 thanks to legislation authored by a working-class Mexican-American from Los Angeles named Edward R. Roybal.

Roybal was raised in Boyle Heights — the blue-collar East L.A. neighborhood that would become the center of the Chicano movement for Mexican-American civil rights — and he served as a city councilman before he became a U.S. representative. As a politician in L.A., Roybal was able to build a citywide coalition for liberal-left policies that transcended ethnic lines by rejecting racialized politics and strongly advocating for a progressive, multiracial coalition of citizens fighting for justice for all.

Later, in 1988, National Hispanic Heritage Week was expanded into the month we recognize today by another proud Mexican-American representative from East L.A.: Esteban Torres.

Torres, who was just 5 years old when his father was deported from the U.S., was a community activist and staunch unionist who rose through the ranks of the United Auto Workers and founded the East Los Angeles Community Union, a community action organization that would become one of the largest anti-poverty agencies in the country. In Congress, Torres was an early advocate for environmental justice for minorities, as well as consumer protection from predatory financial institutions.

We’ll get back to those two gentlemen later. The purpose of HMM is to mark a period of time to reflect on the history and culture of Hispanic and Latinx Americans and their significant contributions to our society. On a more global scale, HHM also highlights the struggle for independence of many Central and South American countries.

Personally, I’m proud of my Mexican roots and the fact that I’m serving as this council’s first Mexican-American secretary-treasurer. But for me, the pride and celebration of HHM is also complicated by the extent to which colonization has erased our indigenous roots while simultaneously making us who we are today: The colonial part of our bloodline is Spanish, and the colonized part of our bloodline is indigenous American.

Colonization and racism are so embedded in our history — and such a part of our personal history — as Latinx people and as a nation. The founding fathers of the U.S. were themselves colonizers, yet rejected their English rulers to demand their own independence. Of course, at the same time, these men laid claim to occupied land and spilled the blood of the indigenous peoples who were here before them, all in the name of freedom and conquest — and racism.

As it has been historically, racism today is a tool that divides the working class. It does so to our detriment and to the distinct advantage of the ruling class. We should see racism as nothing but divisive — whether it takes the form of words from the lips of a white, baldly hateful former U.S. president who launched his campaign by declaring Mexican-Americans murderers and rapists; or a Black, present-day SF politician who blanket-labels Hondurans in the City drug dealers; or three L.A. city councilmembers and one labor leader — all of them Latino and Latina — caught on tape in a reprehensibly racist conversation about Black folks. (In the last case, two have already resigned, and we wait for the other two to do the same.)

As men who worked directly against such racism, representatives Torres and Roybal would be disgusted, and we all should be. It is clear that the struggle for racial justice is far from over, and we must pick it up without hesitation. We must condemn divisive racist politics vociferously and resist dog-whistle attempts to pit one working-class group against another based on skin color or ethnicity in an attempt by one “side” to gain political advantage.

And as we overlap HHM with Filipino and Italian heritage months, we must embrace the through-line of immigrants seeking a better life through the trades. Thanks to apprenticeships, diversity, and today’s inclusivity and leadership, union membership plays a huge part in this better life, as it has for a while now. That’s something to be proud of. 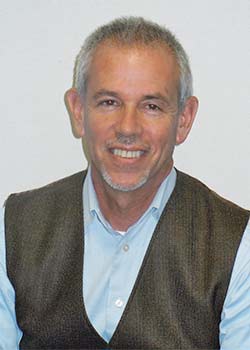 This month’s friend of the trades is Tom Ryan, the United Way community services director at the SF Labor Council.

In addition to aiding members year-round, Ryan coordinates the important work of the Labor Center for Immigrant Rights. The center is free to union members and their families and has helped hundreds of members naturalize as U.S. citizens.

Ryan is also helping the SF Building Trades to build out pre-apprenticeship programming. Additionally, he plays an integral role in providing strike support and rapid-response work when labor is confronted with job shutdowns.

Of course, Tom’s work wouldn’t be possible without the support of affiliates, but his passion for building a stronger labor movement and ending poverty in the SF Bay Area is unmatched and deserves our support.

Thanks for being a friend of the Trades, Tom Ryan!