The Kids Are Back to School, But When Will Our Folks Get Back to Work?

Everyone’s been talking about it lately: It’s that magical time of year when the kids head back for another year of school.

While I’m just as pleased as any parent that my children will be advancing to the next grade level, a stark reality still weighs heavily on my mind: the plight of parents who are unemployed and underemployed and struggling significantly under today’s much higher costs of putting food on the table, pumping gas into the tank, and providing the basics for the family.

The job outlook over the next two years is strong, but the pain of the pandemic’s economic slowdown is still very much with us. Once-bustling downtown San Francisco remains desolate, and without a return to work, we are unlikely to see the tenant improvement and rehab work we’ve grown used to as our bread-and-butter.

This means a dramatic shift in work for us. The one-two punch of inflation and a slow jobs kickoff makes it all the more important that we work hard to secure every hour of work that’s within our jurisdiction. 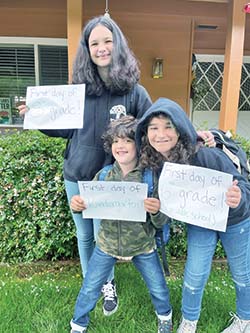 Rudy’s kids get pumped up for the impending school year.

It’s easy to attribute the slowdown in groundbreakings to the high costs of building materials and supply chain disruption. What’s more difficult is to acknowledge the so-called soft costs and face the reality that when financiers wage a capital strike, nothing actually gets built — no matter whether it’s entitled or not.

That said, I can’t blame financiers for their hesitancy given the state of the market. But the simple fact remains that projects still pencil in the City.

It broke ground on March 4 of last year, and its grand opening happened last month, on July 12. This project makes it clear that when the political will exists, projects can move — and move fast.

So, what accounts for the holdup with returning those on the bench to the jobsite? When can we fill apprenticeship training centers with the droves of job seekers in our community?

The answer is simple. In a bearish private market, the public sector must step up.

If we’re serious about meeting these benchmarks, we must prepare. That means including robust social housing and building out transit and other infrastructure. We have the skilled-and-trained workforce ready and waiting in the wings. Does City Hall have the time to get bids out to the street and shove the economy back into gear? Time will tell, but politicians would be wise to remember that this is not a movement of bystanders.

While our local representatives squabble with one another over streamlining, the executive and legislative branches seem hell-bent on focusing the public on City Hall’s fractious spats. Meanwhile, we working stiffs are still sitting on the bench, with the inequities of our society confronting us every day on every street corner of our fine city. 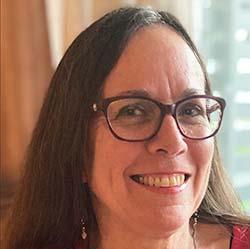 Susan Solomon, a friend of labor, is running for office in November. She deserves our support.

Beginning this month, I’ll be devoting some space in this column to giving a shout-out to a friend of labor.

I’m starting with Susan Solomon, who has spent her life as a schoolteacher and union leader in the public school system.

More times than I can count, Solomon has taken positions in solidarity with the trades without batting an eye. Most notably, she solidified teacher voice with respect to including skilled-and-trained members of the trades on educator housing.

She understands the struggle of working people and the power that unions can wield for the common good. Recently retired, she has decided to throw her hat in the ring for a seat in public office. She’s looking to join the San Francisco Community College Board of Trustees.

We ought to support her political endeavors.

San Francisco students and tradespeople could have no better friend than Solomon. It should come as no surprise that both the SF Building Trades and SF Labor councils have endorsed her. City College has an important parcel tax on the ballot, and we’ve endorsed that measure, too.

The college represents a key ingredient in the economic recovery of our city and the working class. To our members who work there — and to the great many members who will see work under the City College project labor agreement: I urge you to cast your ballot for both Solomon and Measure O in November or as soon as your mail-in ballot arrives.

Together, we can prevail. Happy Labor Day.