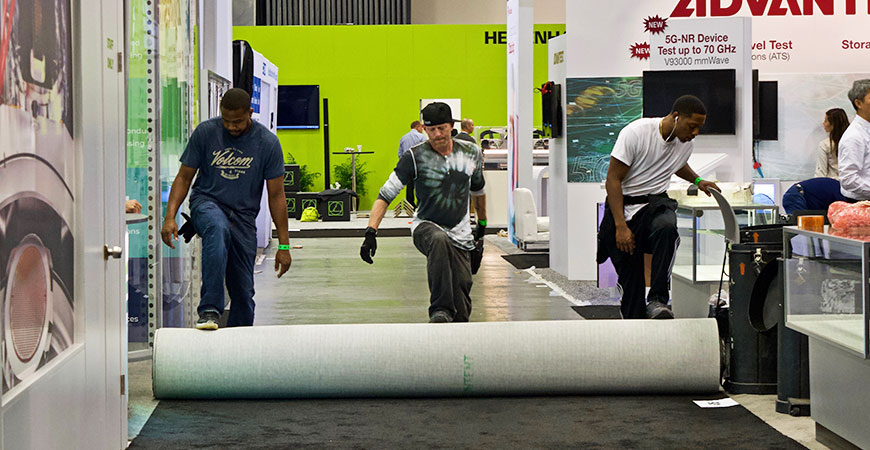 In mid-July Local 510 members had their yearly run at the Semicon trade show held at the Moscone Center. The three-day event showcased “smart” technologies emerging in the microelectronics manufacturing and design supply chain arena, featuring industry players from around the globe. For Local 510 members, the show represents the Union’s longstanding success and growth since the event’s inception in 1978 when it was held in San Mateo.

Many of the long-time members seeing up the current Semicon show looked back on its history and the many opportunities it has granted in gaining crucial skills. These opportunities were available to the 350 members who worked this year’s show, many of whom were apprentices. Of the more than 800 Local 510 members, 145 are apprentices, making up 20 percent of the active members who do trade show work. 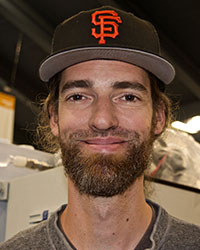 I got involved as an extra after a longtime member introduced me to the industry. I’m now on my second year in the apprenticeship program. Coming from a non-union background I can say that I absolutely love this industry and being a Local 510 member. I feel very blessed to have this brotherhood, to experience the unity, and work in the great environment that we’ve established.

I think that in just about every industry, unions are ahead in terms of wages and benefits. In the non-union world you can see the division between the haves and the have-nots very clearly.

The apprenticeship program is great. It’s been an eye-opening experience learning about all the different areas of the trade, some of which I didn’t even know existed before. I’m excited to gain all of the skills. I like to do a bit of everything and we definitely have a lot of variation in this industry. 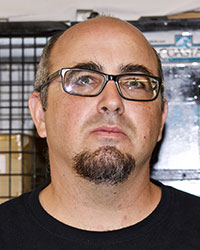 I’ve been with 510 for eight years now. I was a non-union carpenter doing residential remodels and I wanted to get started with a union for the benefits and solidarity. I knew people with 510 and knew it was a very strong union, so I applied and got into the Local’s second apprenticeship class. I stuck with it and paid off all my debts, and it’s taken me to where I am today as a union officer. I’m a financial secretary for the union and it’s worked out quite well.

The biggest advantages of membership are the benefits, job protection and concern for safety. If an employer were to fire us unfairly we would be protected, we have healthcare, and most importantly, if there are unsafe conditions we can complain and the union is there to back us up. 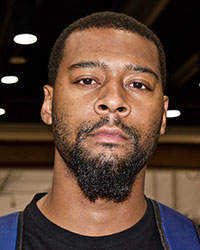 My parents worked for the Moscone Center so that’s how I learned about this trade and got my start in 2014. I used to be non-union but I now understand why it’s so important to be part of a union. It’s like a big family and you feel at home working with people that you can establish a good working relationship with. It really is like a big group of brothers and sisters. I feel protected by the union, knowing that I’m not going to just lose my job on any given day.

I feel the level of participation could be higher among the younger members. It’s mostly the older members who attend meeting and pickets. I think that could change if there were some young leaders to motivate the younger members and help them realize the importance of being more involved. 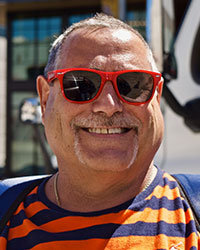 I’m a union man – been with Local 510 for 42 years. My father kept telling me it was a great trade to get into; at the time I had been moving household furniture and I came down and worked a day, and fell in love. My father was a 510er too and I’m happy I took his advice. It’s been a big commitment – I’ve worked over 100,000 hours in my career, which is more than average. This work has gotten me through all of life’s ups and downs and I wouldn’t change it for the world. 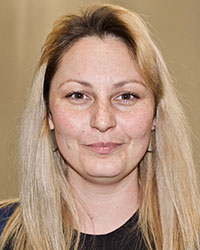 I’ve been in the apprenticeship program for over a year and it’s been amazing. I learn new things everyday and I push myself to become excellent at all aspects of the trade. The apprenticeship classes have been going very well; I really like that’s it’s so hands-on. I’m getting an introduction to everything I need to know.

My dad and brother are both in Local 510 so that’s how I got involved. Being part of a union was always part of my mentality due to my father. My joining coincided with other life changes and it all worked out perfectly.

I love 510. Everyone gets along with each other so well and wants to lend a hand to help out others. I’m always amazed by how supportive people are of each other in this union. 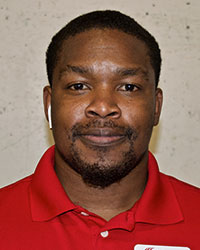 I was a non-union banker before I got started with this trade three years ago. I had a buddy who started with Local 510 the prior year and encouraged me to join. I didn’t know much about unions before joining but now I know it’s the only way to go. From the security it brings to the great people you get to work with, I would never go back to non-union after this.

I try to participate and attend meetings to stay informed. Participation among members has grown over the past three years as the union overall has grown. Local 510 used to be relatively unknown but through word of mouth it continues to grow. 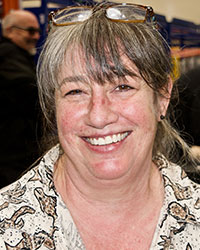 I was the first woman rigger in our union, and I was the only woman rigger for almost 30 years until they finally started the apprenticeship program and there are now other women doing rigging. I’m going to be leaving in about 10 years so I’m trying to help other women get along in this trade. I don’t want to be the one and only!

We need the newcomers, but we also need to take care of our older members who have made this union what it is today.