Laborers 261 Demonstrate their Breadth of Skills at SFO, Warriors Arena 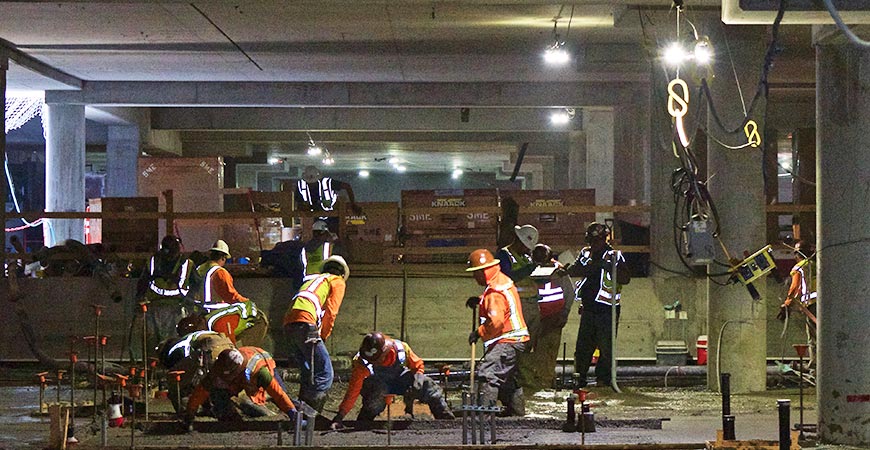 Being a member of the Laborers 261 is like being a jack of all trades, and this reality has been on full display as workers put their skills to the test at San Francisco International Airport and Warriors Arena. For most of 2018, a crew has been out at SFO, charged with ensuring the future of air travel safety by updating runway visual safety systems. Hunt is the general contractor of the project that involves work being done day and night, outdoors and inside the terminals. Several members spoke about how the project is allowing them to gain an abundance of new skills. The laborers’ efforts will result in state-of-the-art camera systems for effective traffic control at the busy travel hub.

In november, workers celebrated the completion of the steel support structure for the Warriors Arena stadium that’s expected to be ready for the 2019-20 Golden State Warriors season. Although the stadium begins to take shape, the end of the job is nowhere in sight for the laborers who have been scattered throughout the job site working on just about everything from traffic control to finishing concrete flooring. 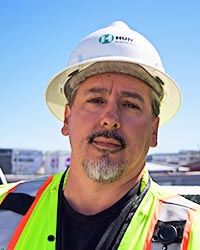 My father was in this trade in Oakland. I started out working as mechanic and then got into the trade in 1992. My son is also in this trade and that gives me a deep sense of pride – it pleases me that he’s out here giving it his all.

It’s important to be unionized. If you’re not, there are no guarantees. You don’t know if you’ll get a quality pension or any health benefits. Being part of a union, you can’t go wrong knowing that those things will be taken care of.

I worked as a foreman for years and now I’m a superintendent. We’re doing airport security infrastructure for Hunt as part of enhancements underway at SFO. All the laborers had to sign confidentiality agreements for this job, so we’re limited in what we can say.

Because of the diversity of this job, the main challenge is getting people who already have broad knowledge and skills. So, my role is often training laborers in the different aspects of what we’re doing when they come in. 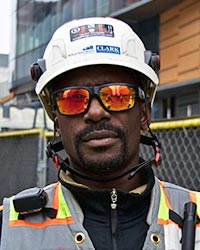 I had been with the Laborers 261 for 12 years back on the East Coast. Out here I’ve been a member for the past three years. Things are different out here, New York is a bit more aggressive, things are calmer here. Some of the projects I’ve worked on out here like Salesforce Tower have left me with a great feeling.

I’ve busted my butt over the years and Clark Construction saw something in me. They say my hardworking spirit and my drive made me a lead man, a foreman and then a general foreman.

The union has taken care of me, but I believe that you shouldn’t wait for the hall to call you about a job, you should go out there yourself and get it. If you want to work, the union is there to support you, but you have to make the move too. You have to be persistent, show up on time and be consistent. When you do that, it makes us look good as union workers, so that they know that the Laborers 261 is a great union. This is about us helping each other. 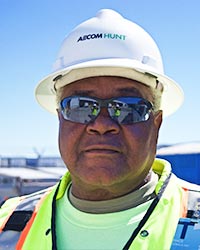 I’ve been with the Local for decade but back when I got started in 1978, it was 389 and later changed to 261. I love physical work so that’s what has kept me in the trade for all these years. The union gives you opportunities to grow as a worker and opportunities to acquire many different skills like using an array of different tools and bobcats et cetera. You can also get certifications for the skills you pick up.

There weren’t always apprentices. This trade was the last one to get an apprenticeship program. It started up about five years ago. I think it was a good choice because then everyone starts out with the same basic knowledge.

I’ve been happy with the pay and benefits. The pay has gone up considerably since I started in the 1970s. I’m grateful to still be able to come in and do work and also learn something. I plan to keep working steadily until retirement and Hunt is a great company to work for. 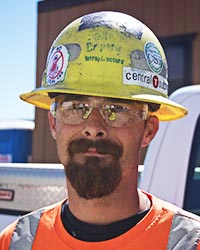 I started off with the Laborers 261 working on the Central Subway project in 2014. My brother helped get me in and I’ve worked on and off since then. Work has been great, especially in the Bay Area. I live in Sacramento but there’s more work down here. There are so many great opportunities.

I’ve had plenty of time to make it to meetings since the hall is close to the job site. Going has been a really good experience – it’s important to stay well informed. Being with the union has resulted in a lot more work opportunities than I would have had otherwise. Plus we have great benefits and our rights are looked after. Nobody gets left behind.

Laborers 261 is a great local and Hunt is a great company. They’ve seen strengths in me that others have overlooked in previous careers I’ve had. I’m very grateful to the union for highlighting my best. 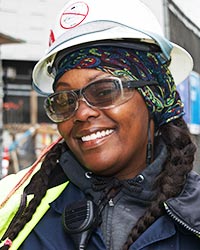 I’ve been with the Laborers since 2005. They’ve treated me so well. When I went on maternity leave, everyone at the hall called me and sent me a card. It’s like family.

I’ve been at this job site for eight months now. It has a very different dynamic than other work I’ve done. I came from working on bridges and freeways and that’s what I knew. This work is a bit different and it’s also challenging to be working alongside so many other trades. My focus right now is managing traffic control.

Because I have a tendency to find things to complain about, that inspires me to attend union meetings. They’ve been going well and I’m up for a raise so am looking forward to that. We could really use one because everything is going up and nothing is coming down in terms of the cost of living. 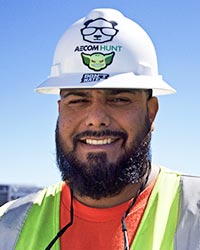 I was previously with Laborers 270 and now I’ve been with 261 for about a year and half. I actually like being a part of 261 instead of 270 because you get called for work more. I like to help out whenever I’m needed. Growing up my family belonged to unions so I came in with a strong understanding of how things operate and the benefits of membership.

Things have gone well for me and this has been a particularly good job. It’s similar to others I’ve done so I came out having the necessary skills and so I just do what needs to be done right away. I’d like to participate in union meetings but I work two jobs, so after I finish here I have to go straight to my next job. 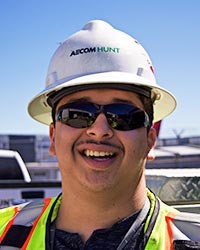 I feel like I’ve been with the Laborers for a very long time probably because I’ve been doing this type of work since I was a kid. That’s why I’m able to start as a Journeyman instead of going through the Apprentice program. I’m a third-generation laborer. My dad is also part of the union as was my grandfather. I really like the culture and the people. The union does a good job of looking out for us, informing us of our rights and giving us the necessary education.

I’ve been working overnights on this project. The weather dictates whether we work inside or outside – it’s been a very diverse job in terms of what we’re working on and where we’re working.