In the future, when we look back at San Francisco in 2015 from a construction standpoint, we may consider it more of a transition year. Major projects like Sutter Health’s two California Pacific Medical Center campuses made significant progress, but they won’t start welcoming patients until 2019. The Transbay Transit Center gave way to steel rising out of the ground, but it won’t start serving passengers until 2017. A number or projects did come online or came close: Jasper, 299 Fremont, 280 Beale and the new BAHA building are but a few examples. But whether big or small, it’s the San Francisco building trades that are the backbone of the finest projects in the city. 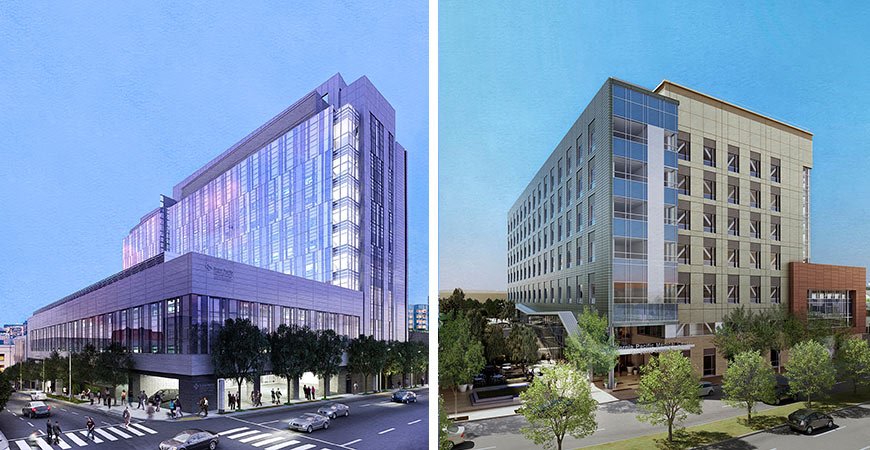 Building one new hospital? Sweet! How about two? Even better. That’s essentially what Sutter Health is doing with new California Pacific Medical Center campuses, one at the corner of Van Ness Ave. and Geary Blvd. in Cathedral Hill and the other in the Mission District. At the steady hands of general contractors Herrero Builders and the Boldt Company, both projects made significant progress in 2015. The new St. Luke’s building – next to the old one – will boast 120 beds. The $2.1 billion Van Ness and Geary campus just topped out in December, and will ultimately provide 300 patient beds. Each are due to open in 2019. 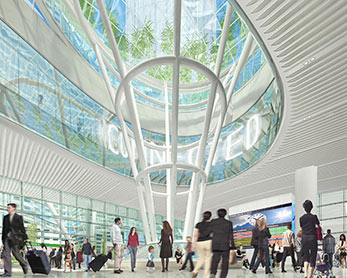 When a project is billing itself as “The Grand Central Station of the West,” that’s saying something. Over the course of the last half decade, major work has been done on this site to replace the old Transbay Terminal. Not only is the terminal going to reshape public transportation in the city, it is springing a whole new Transbay neighborhood that, once all is said and done, will have 4,400 units of housing, 6 million square feet of office space, 100,000 square feet of retail, and 11 acres of open space. Anchoring this neighborhood is the Terminal, scheduled to open in late 2017. 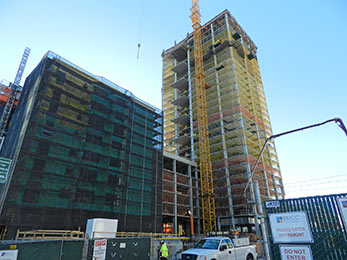 Here’s a neat idea: How about simultaneously building a new luxury residential tower and an affordable rental building? That’s essentially what 299 Fremont and 280 Beale are, a joint venture between Balfour Beatty and Cahill Construction. 299 Fremont, from Golub & Co. features 409 luxury units, and 280 Beale from Mercy Housing California will have 70 affordable apartments. The Beale Street property is complete, the other in the home stretch. 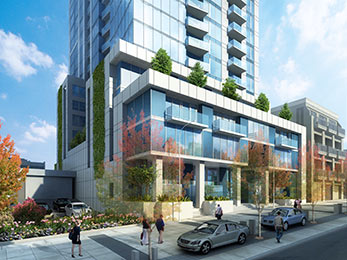 The luxury apartments at Rincon Hill’s Jasper high rise are beautiful, fully loaded and totally union built. If you’re in the market, they will cost you a pretty penny. A studio with its own terrace is set for $4,295, a low-end two bedroom is $5,552 and a high-end three bedroom will set you back $7,637 a month. Jasper has 320 apartments and stands at 40 stories. The building was designed by HKS Architects and features a full gym, indoor/outdoor pool, a dog grooming station and yes, its own in-house movie theater. The labor was funded under the J for Jobs program of the Union Labor Life Insurance Company. 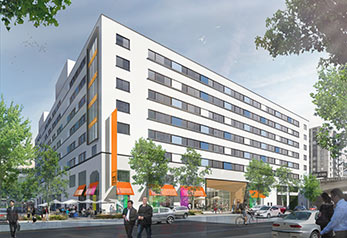 Talk about a repurposing job. 390 Main Street on Rincon Hill use to be postal service building. Now it has a new address – 375 Beale – and a new mission as the home of the Bay Area Headquarters Authority (BAHA). BAHA is the congregation of a big bowl of alphabet soup, featuring the Association of Bay Area Governments (ABAG), the bay Area Air Quality Management District (BAAQMD) and the Metropolitan Transportation Commission (MTC). 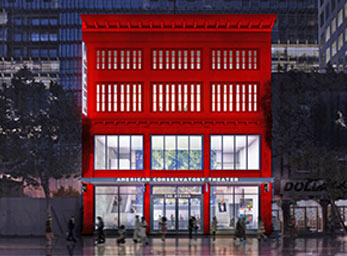 A theater in San Francisco recently won a prestigious award, but not for any particular performance. The revitalized Strand Theater on Market Street received the American Institute of Architects “Revitalization Design Award.” A bold red color both inside and out, the Strand was once called the Jewel and showed silent movies. After a stint as a porn theater before being boarded up, it is now intimate in a whole different way – 283 seats for those looking for a live theater experience. The $33 million project broke ground in 2013 and includes LEED Certification, seismic upgrades and a ground floor café. It also created 185 construction jobs. Take a bow! 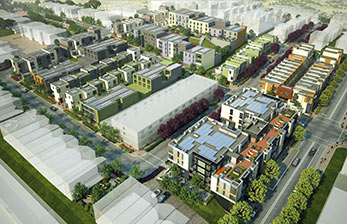 The Hunters Point Shipyard is on its way to easing some of the growing pains San Francisco has recently been experiencing. Living space and office space have become a premium in the city and this $8 billion development is amping up construction. Lennar Urban sold out its first 88 townhouses in early 2015, hundreds more are currently in the works and Lennar said they are planning to start another 500 in 2016. A total of 12,000 homes are slated for the site. And as the tech boom continues, office space is needed. Industry giant Google is in talks with the developer to possibly take on part of the planned 3 million square feet of office and R&D space.

What once was Trinity Plaza will soon be Trinity Place. In the continuing story of adding units to the cramped San Francisco cityscape, the complex will feature a whopping 1,900 new apartments ranging from studios to two bedrooms. To accommodate that many residents, Trinity will have 1,450 parking spaces and 60,000 square feet of ground-floor retail. It boasts luxury amenities including a fitness center, laundry on every floor, and bike storage; easy access to public transportation, as well as a community piazza that pays homage to the Venus de Milo. Trinity Place is essentially a next generation of Trinity Plaza, a motel turned apartment building which was demolished. Trinity Place is from the legendary Sangiacomo family, whose patriarch Angelo Sangicomo passed away at 91 earlier this month. 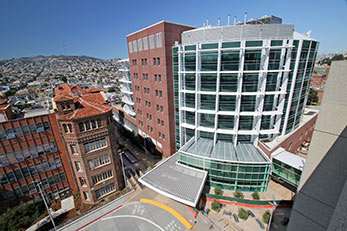 San Franciscans will definitely like this one. The new San Francisco General Hospital will be renamed Zuckerberg San Francisco General Hospital after Facebook founder Mark Zuckerberg because of a hefty financial contribution. The construction was financed by a 2008 bond measure, but he and his wife’s donation of $75 million helped finance everything inside. The new 484,000-square-foot hospital holds 284 beds, is loaded with state of the art equipment, features an acute-care ward for the elderly, and a rooftop garden for patients and employees alike. The facility has entered its final phase of construction and will open in the spring of 2016. 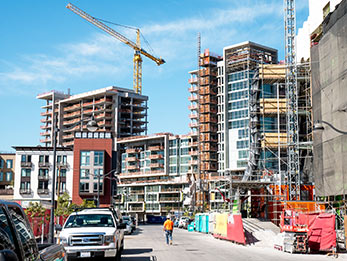 The defending champion Golden State Warriors may be working on a new venue in Mission Bay, but they are hardly the only game in town. Mission Bay is alive with a number or projects recently completed or in the works. These include the San Francisco Giants Mission Rock development near AT&T Park (pictured, top); 1700 Owens from Kilroy Realty; the Arden by Bosa Development (pictured, right); affordable housing at 1300 Fourth St. and the new San Francisco Public Safety Building. Also in the works includes Block 1 at Third and Channel Streets from Strada Investments Group, a hotel, retail and residential development; and a residential development at 580 3rd St. from Mission Housing. Look for more coverage of these projects in the months and years to come.