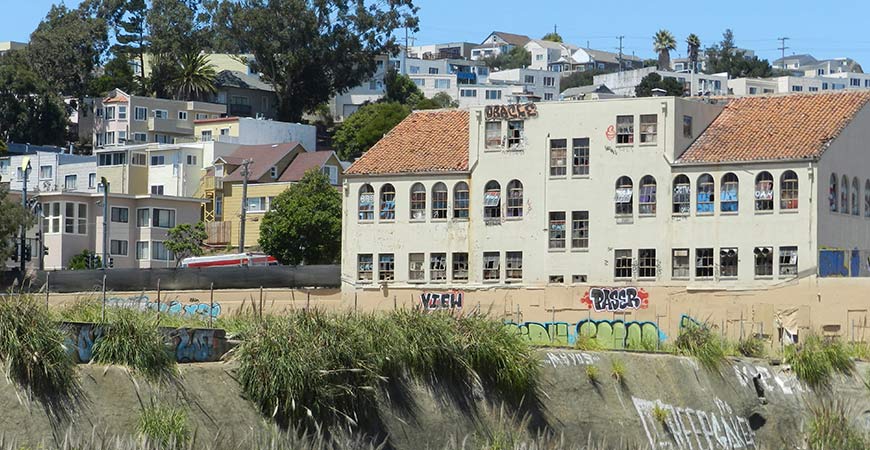 The former site of the Schlage Lock factory in Visitacion Valley will be home to a major redevelopment more than a decade in the making. - Photo by Paul Burton

Martin Building’s Patrick McNerney purchased a 1.2 acre lot on Bayshore Boulevard for $1.85 million and intends to build a mixed-use project with 200 units of housing above ground floor retail, the San Francisco Chronicle reported.

Following 15 years of planning, construction on the project at the site of the former Schlage Lock is set to begin with street improvements and utility installation. Site remediation work, clearing, and demolition began in July 2013. Adjacent to the Third Street Rail line and Caltrans, the area will be developed into a transit-oriented project with 1,679 middle-income apartments and condominiums, three parks and retail businesses.

McNerney told the Chronicle that the Bayshore Boulevard site was “an awesome place that has been overlooked. It’s a major transit hub. Visitacion Valley could use large-scale investment and pedestrian-friendly retail.” While not as massive as the Schlage Lock project, it is seen as another step towards revitalizing the Visitacion Valley’s southern neighborhood, with new housing and neighborhood retail.

Martin Building was the developer of the Arc Light project at 178 Townsend St. and the Potrero Launch project at 2235 Third St. funded by the AFL-CIO’s Housing Investment Trust. Those projects were bigger than most of the developments that the non-union Martin Building normally takes on, so the contractor served as a developer and brought in two union contractors: Nibbi Brothers for the Potrero Launch apartments and Roberts-Obayashi for the Arc Light development. Those two projects created over 300 construction jobs for union members over the two years of construction. Martin Building has not yet announced a general contractor for the Visitacion Valley project, as the project is still in the very early planning stage.