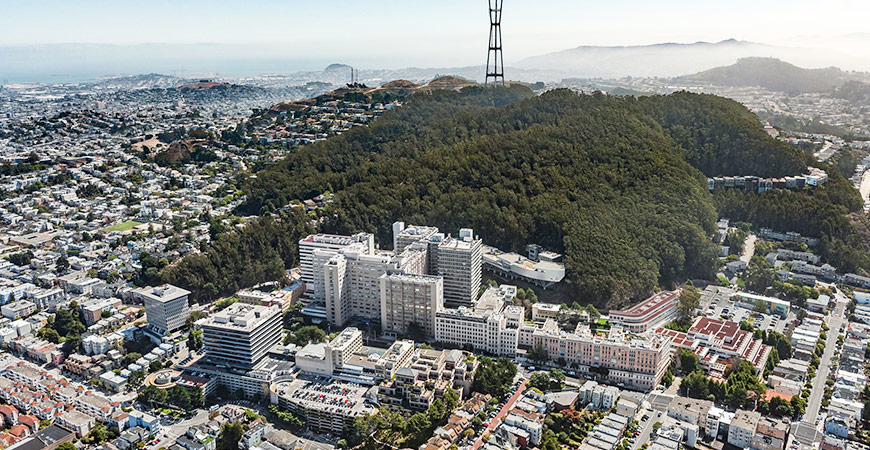 The pact is the first PLA for the University of California system. It ensures that the 10-year building project, expected to create 1,000 construction jobs, will employ a union workforce with strong representation of local labor. With unemployment numbers high due to COVID-19, this PLA comes at a very opportune time for San Francisco labor, noted Rudy Gonzalez, San Francisco BCTC’s new secretary-treasurer, who enters into the agreement on behalf of the Council’s 30,000 skilled workers in 22 locals.

“PLAs are a transparent, proven, and time-tested way to attract and retain the most skilled workers for complex construction projects,” Gonzelez said. “Studies have shown that when workers are paid a living wage, they inject those dollars directly back into the local economy. This agreement builds a sturdy bridge between local hiring halls and contractors to support our City’s working people, including apprentices, journey workers, and military veterans, in putting food on the table for their families. It couldn’t have come at a more crucial moment in our City’s history.”

The agreement also contains special provisions that provide opportunities for apprentices in the trades and military veterans to be well-represented in the 1,000 projected jobs created by the Parnassus Heights project over its 10-year timeline, from start to finish.

San Francisco native Russell Au Yeung, a first-generation Chinese American and resident of the City’s Sunset District, is a journeyman electrician who applauds the PLA. He sees the agreement as a crucial first step toward steady, good-paying jobs for local union workers that will also ultimately benefit his neighborhood and the City at large. “Not only does this agreement create a new state-of-the-art medical facility for San Francisco families, but it is also creating good jobs for the community,” said Yeung, who serves as president of International Brotherhood of Electrical Workers Local 6.

In its support of robust job creation in San Francisco to help reverse the record economic downturn during the pandemic, the new PLA builds upon and complements the Memorandum of Understanding between UCSF and the City and County of San Francisco. In the MOU, UCSF’s leadership role as an “anchor institution” in San Francisco is reflected in its commitment to partner with CityBuild, an initiative of the City’s Office of Economic and Workforce Development, to achieve a 30% local hire target for all construction workers on the Parnassus Heights project.

UCSF Chancellor Sam Hawgood, MBBS, hailed the new agreement as a “win-win” for UCSF and the local labor force. “This unique Community Workforce Agreement was carefully crafted through months of collaboration between UCSF, the Trades Council, and HBW, and it offers a strong contribution to San Francisco’s economic recovery at a particularly urgent time,” Hawgood said. “The past year has revealed the vulnerability of the region’s hospital capacity. By employing our region’s most skilled workers, we can together focus on building the critical health care infrastructure San Francisco needs today.”

David Thomack, executive member for Herrero Boldt Webcor and group president for The Boldt Company, said, “The Herrero Boldt Webcor team is excited to be partnering with BCTC, UCSF, Bay Area trade contractors and the exceptional men and women of the local trade unions. Through demonstrated collaboration and innovation, this landmark healthcare construction project will create an extraordinary work experience for our frontline workers.”

The project is expected to break ground in 2023.